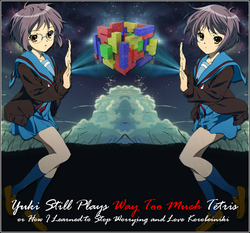 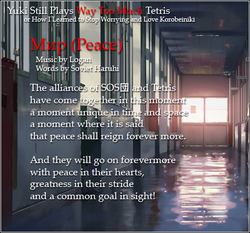 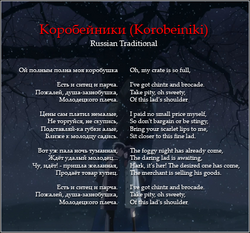 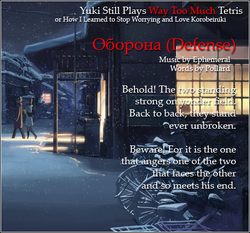 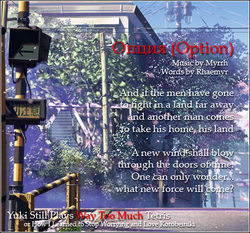 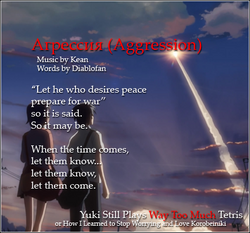 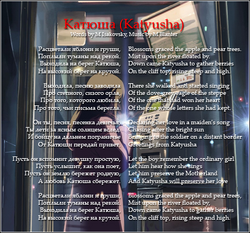 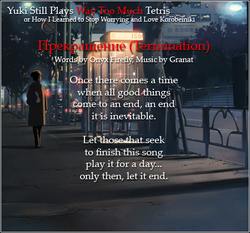 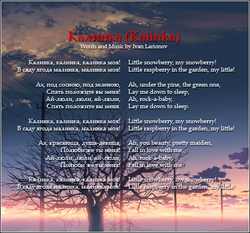 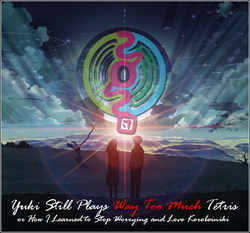 The alliances of SOS団 and Tetris
have come together in this moment
a moment unique in time and space
a moment where it is said
that peace shall reign forever more.

And they will go on forevermore
with peace in their hearts,
greatness in their stride
and a common goal in sight!

Music by Ephemeral
Words by Pollard

Behold! The two standing
strong on yonder field.
Back to back, they stand
ever unbroken.

Beware! For it is the one
that angers one of the two
that faces the other
and so meets his end.

Music by Myrrh
Words by Rhaemyr

And if the men have gone
to fight in a land far away
and another man comes
to take his home, his land

A new wind shall blow
through the doors of time.
One can only wonder...
what new force will come?

Music by Kean
Words by Diablofan

"Let he who desires peace
prepare for war"
so it is said.
So it may be.

Once there comes a time
when all good things
come to an end, an end
it is inevitable.

Let those that seek
to finish this song
play it for a day...
only then, let it end.

Words and Music by Ivan Larionov

For the SOS Brigade