Writing became defunct on May 18, 2012, and was succeeded by the Propaganda Division.

The Writing Division is responsible for Pacifican journalism and the production and management of all forms of writing projects. In general the Division produces a diverse range of written material for both internal and external circulation, and plays an important role in psychological warfare during wartime.

Journalists Are the senior staff of Writing.

Scribes Are the entry-level position for Writing.

The immediate leader of the Writing Division is Copy Editor Paintball464, who approves and supervises all work within The Pacific Press and all writing projects. Within the Media Corps, the Copy Editor is responsible to the Chief of Media, presently Squintus, and the Imperial Officers of Internal Affairs, Brennan and Red.

Standard members of the Writing Division are known as Scribes, and are involved in the Pacific Press along with a broad variety of other projects. Scribes are required to maintain a minimum level of activity, and are expected to exceed the activity requirements mandated by the Copy Editor. Experienced Scribes may be promoted to the level of Senior Correspondent, where they act as guides for junior Scribes and points of call for the Writing Division.

Alongside its frequent irregular writing projects, the Writing Division produces a number of regular publications.

The Pacific Press is the principal project of the Writing Division, and the semi-official internal newspaper of the New Pacific Order. 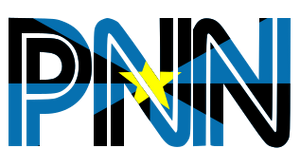 PNN International is the official international news organ of the New Pacific Order, established by Emperor Cortath in December 2009. PNN reports on both domestic and international events in a Pacifican perspective.

Retrieved from "https://cybernations.fandom.com/wiki/Writing_Division_of_the_New_Pacific_Order?oldid=450918"
Community content is available under CC-BY-SA unless otherwise noted.