Walsh the Beloved is a nation ruler on Planet Bob, perhaps best known as the Red Ass Commander of the Screaming Red Asses alliance and a minor but active personality on the Open World Forum.

Walsh the Beloved is the current commander of the Screaming Red Asses alliance, having founded the AA on July 1, 2012, on the cusp of the Dave War, and is a charter member of the Commander Club. At 97 years old, he is quite possibly the oldest ruler on Planet Bob. Walsh the Beloved is moderately active on the IRC, and is a minor presence on the OWF. He has been a member of four alliances since founding his nation on January 10, 2012: The United Front, FIRE (alliance), Hooligans and his current alliance.

It was Prather6 who recruited Walsh the Beloved into TUF, and Prather6 who has continued to be the most influential figure in Walsh's development. Although his activity level was generally low in the Front, it was there that Walsh the Beloved learned to sell tech—and was never once late with a sale, making him have little patience with the younger members of CN who often are. It was also where he fought his first war, when little ol' TUF lived up to their name and declared on what was then Planet Bob's largest alliance -- MHA—in defense of their ally NADC. This was known by TUF members as the "Second Unjust War", but was known by the rest of Planet Bob as the TOP-C&G War. Although low in NS at the time, Walsh acquitted himself well in the war, placing both opponents into anarchy and eschewing aid. He became increasingly active on the forums, although he never held a government position. However, his growth was stymied when Prather6 became too busy to run the alliance, and turned the reigns over to Letub. Letub, distressed by the number of inactives, made the decision to merge TUF into a new incarnation of FIRE.

There is not much to say about Walsh the Beloved's brief tenure in FIRE. He never felt at home there, there was much infighting among members, some of the key players in TUF had formed the League of Enlisted Gentlemen, Prather6 was inactive, and there were no wars. FIRE imploded after a short three months, but Walsh happily found that Prather6 was starting a new alliance: Hooligans. He jumped at the chance to hitch his wagon to Prather's train once again.

The Hooligans era began much as the TUF era had ended for Walsh the Beloved — he was occasionally active on the forums, sold and then purchased tech, and was always ready for war when called. That call came in late January 2011 when the PB-NpO War finally drew the Hooligans in, defending their allies Athens against FAR and The Conservative Underground. The Blue Turtle Alliance (2nd) would counter the Hooligans a day later, and Walsh the Beloved waged a hard war against four FAR members and one BTA member, who delivered the first nuclear strike ever suffered by Walshington. In recognition of his performance in the war, Walsh the Beloved was appointed to his first government position: Company Officer for the Hooligan Military.

The Hooligans prevailed in the conflict, and Walsh may well have settled back into the routine of the occasional post, tech selling/buying and rebuilding had it not been for one event: The Hooligans Civil War. The rebel forces, though small, were all high ranking government officials and military members. Thus, the Hooligans were caught flatfooted and militarily leaderless. Walsh the Beloved ended up playing a large role in organizing the loyalist forces, although he was still such an unknown quantity that most of the government believed him to be playing for the other side for much of the war. Eventually, Prather6 had faith in Walsh's loyalty, and the rebellion was quashed, at great cost to the ranks of Hooligan government and nation strength. Walsh the Beloved was appointed to Guardian of Defense—normally an elected position—based on a pressing need to fill the position, his performance in the Civil War, and, ironically, a recommendation from the rebellion leader, JDavis, to Prather6.

Walsh the Beloved scarcely had time to acclimate to the new job when the C&G-MHA War war broke out again a few months later. The MHA front was particularly bitterly fought—after five days of battling MHA, Planet Bob's largest alliance, PPO countered the Hooligans as Walsh was negotiating a peaceful resolution with them, and mentioned him by name in their DoW. Walsh's inexperience in his new position showed, but but Hooligans forced the surrender of PPO in the end.

By now Walsh was in the inner circle of the Hooligans, and played a role in many important decisions. Again to fill a need, he was appointed to the position of Master Hooligan, the #2 position in the alliance. This led him to refer to himself as "the Gerald Ford of the Hooligans"—always selected, never elected. Nevertheless, he tried to do what was best for the Hooligans, and was never short on opinions.

He became active on the IRC, and used it as a tool to attempt to increase the defensive position of the Hooligans, which he saw as weak: Hooligans were always the counter to whoever attacked C&G, but Hooligans never had any allies to counter to back them up when they were subsequently attacked.

He worked on creating a micro-alliance bloc—members who, like Hooligans, were usually the counter for larger alliances without ever having a counter themselves. Talks with Kaskus, The Blue Turtle Alliance and The Biohazard Corporation proved fruitful, and the treaty was agreed to by everyone except Hooliganss, when suddenly members of GATO became threatened by Kaskus' ODP with The Global Order of Darkness, which they could only see as a close tie to Superfriends. GATO was unable to look past the treaty, and threatened the downgrade of ALL C&G treaties with Hooligans should they sign such a pact. Most of the Hooligans government were cowed by this, and the bloc never materialized.

Meanwhile, the clouds of war were drawing dark once more on Planet Bob, and the treaty web was once again threatening to draw in the Hooligans, once again to defend GATO. Upset that Hooligans would once again bleed without a counter for the very alliance that eliminated the possibility of that counter, disgusted by the casas belli of the Dave War up until that point, and sick of a treaty web that limited who your allies would allow you to befriend, Walsh the Beloved did something he never thought he'd consider: he left Hooligans and formed the Screaming Red Asses.

Shortly after forming the Screaming Red Asses, Walsh the Beloved found himself entering the Dave War -- on both sides. Thus the war was either a victory, or a loss, or both for him. Later, in 2013, the Red Asses provided a haven for his old pals Hooligans as they became embroiled in the Equilibrium War. Although Walsh never entered the Equilibrium War, his harboring of Hooligans did end up embroiling him the Talvisota War with R&R, albeit briefly.

On March 31, 2013, Walsh the Beloved was awarded the "Medal of the Arts" by Ubuntu the Great of the Zulu alliance, in recognition of Walsh designing the Zulu flag and various medals. Walsh the Beloved has also designed the flag for Swash Plates and Tail Rotors.

Zulu Medal of the Arts

SPATR flag
Add a photo to this gallery

In November, Walsh the Beloved rode to war once again, in defense of Kaskus, in the Frozen Chosin War against the forces of Kashmir, The Javahouse League and the Sandwich Confederation. The rest of the Screaming Red Ass Era has yet to be written. It has grown to nearly 30 members and over one million nation strength. It is currently a vehicle to spend time with good people and stride Planet Bob independent of the treaty web, and that is enough for now.

The nation of Walshington was deleted, and Walsh the Beloved banned from Cybernations, on August 2, 2015, after 2031 days (5 years, 6 months, and 24 days) of activity. Perhaps a blessing in disguise, Walsh the Beloved is enjoying his newfound and unexpected retirement downing gin and tonics and reliving his glory days as minor Cyber Nations celebrity to anyone who will listen. 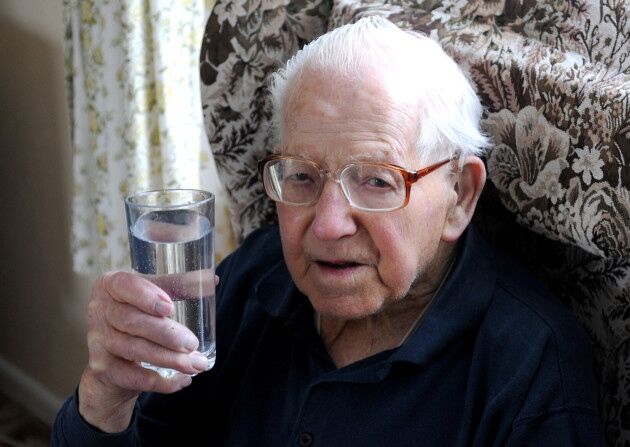 On April 29, 2016, admin saw fit to lift the ban on Walsh the Beloved, and he returned to the game. Walshington was ain the family of nations again, the Screaming Red Asses were re-established, and war with Novus Ordo Seclorum was on.

Retrieved from "https://cybernations.fandom.com/wiki/Walsh_the_Beloved?oldid=525097"
Community content is available under CC-BY-SA unless otherwise noted.