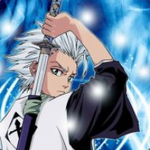 Here are some helpful tips and links you should check out if you'd like to learn more about working with the wiki or about Cyber Nations in general:

Greetings Emperor Zabuza825 of the Union of Midway. I come from the bloc of STOP to look for rulers of nations who are avidly, actively editing their nation pages and related pages (here at the wiki; not the Open World Forum because that'll take a long time, lol). STOP you ask? STOP stands for the Sunshine Treaty Organization Pact. STOP is not an alliance and is more of an individualized nation-level bloc so you can join STOP and remain in your alliance, League of Small Superpowers. (I am part of STOP yet I am still a proud member of the New Pacific Order.) STOP is mostly in the roleplaying sense although at times (with permission of our alliances), aid may come here and there. So, if you feel interested in joining STOP, please post your application here: Talk:Sunshine Treaty Organization Pact. Please review the treaty is you are unsure of what the terms you be bounded to once you are accepted. The treaty follows the guidelines of an ACT which means you are not subjected to military clauses (and that would be against both of our alliances' policies I believe). Currently, we have 3 total signatories and it was just made today. So if you feel like you would like to join, we would love you to come. Please wait 72 hours after posting to see if you will be accepted. During your application, post anything you feel that you would like to tell us. Leave me back a message at my talk page when you finished posting. Thanks in advance. --Justin (talk • contribs) 01:01, February 14, 2011 (UTC)

Please wait until February 15th, 2011 for our current signatories to vote on whether or not you should join. I say "aye". If all three signatories respond earlier, you will be accepted even before the 15th. Welcome in advanced. --Justin (talk • contribs) 02:33, February 14, 2011 (UTC)

Sure, I was thinking that some of our cities should be sister city organization, we also should have embassies built in each capital. Anything else? There is more stuff to do. Let me know ASAP. --Justin (talk • contribs) 20:51, February 15, 2011 (UTC)

Because you wanted it, it shall take place in ANY city in your country; whether it be your capital, some town near the beach, or even an underground cave place that you and I don't even know about. Anywhere in the Union of Midway...--Justin (talk • contribs) 00:08, February 26, 2011 (UTC)

Voted; I knew that poll thing was good, just that I didn't use it in my first summit because I basically just copied and paste from the talk page.

Sure, I appreciate it. I believe FNR is not a direct threat to JBR's security but it is a dear threat to an ally: you. As in this, the Department of Diplomacy and State classifies FNR as a foreign terrorist organization. You may join the war at any given time and I'm not sure if AIL works with FNR however. AIL is more religious while FNR is political and AIL has stances against all anti-Islamic teachings. However...I think there can be a solution with that. Perhaps AIL can loosen ties with FNR. Terrorists are going crazy these days. UPLB was the first terrorism page; "our" terrorists should form some umbrella organization or something. --Justin (talk • contribs) 14:43, March 11, 2011 (UTC)

Direct allies sounds fine now actually, as you can see on the page, non-Islamic forces have joined and became one of the rare allies of AIL. NRF is now ready to be an ally of AIL because of this. --Justin (talk • contribs) 18:39, March 11, 2011 (UTC)

IC for AIL: We, by the favor of Allah, welcome our National Revolutionary Front brothers to come forth and see for yourselves on what we can offer. Together, we shall destroy the Union of Midway and the United States of JBR! Formal relations will begin as soon as you are ready fellow brothers.

You may join the war anytime soon. I see your spy investigating the terrorist organization will soon discover the recent ally-ship of AIL and FNR. *gasp* --Justin (talk • contribs) 19:25, March 11, 2011 (UTC)

Hi, wanted to respond to that, yeah, it would be nice if our companies could work together. Read about the game; I'm flattered that the second campaign is about JBR's role in the Doom House-NPO War. Going multinational is already a norm for Vuong's...except it never went to Midway soil. And because the STOP Act of Free Trade Agreement of 2011 is in place, I say, "Let the first brick be cast on both lands!" --Justin (talk • contribs) 00:32, March 27, 2011 (UTC)

Congratulations, we graciously accept this invitation. We shall depart immediately as soon as possible. We cannot wait to see a momentous occassion. --Justin (talk • contribs) 14:14, March 29, 2011 (UTC)

There will be guests, my family (that I have failed to put on wiki page on accident), members of the High Executive Committee, and that's just about it. I do not expect any delays from the invitees or the guests. Hope to see the wedding. Will this be public as in live airing or private? --Justin (talk • contribs) 21:10, March 29, 2011 (UTC)

Update, I (Justin Vuong), will not be able to attend the actual wedding ceremony due to my religious observations as your wedding will take place on April 2nd on Saturday, however, the rest will still be going and I will be present during your honeymoon. If your wedding is planned to be extended into Sunday, I will most likely attend. Apologies for any inconveniences. I will also send a personal gift and letter and it will be given by one of the HCE officials. Again, I apologize for any inconveniences. --Justin (talk • contribs) 22:04, March 30, 2011 (UTC)

Well then I can make it. And I am truly shocked that FNR has done it again. No worries, I believe it is JBR's turn to start sending mercenaries to Midway; you've been helping us so much. --Justin (talk • contribs) 03:07, March 31, 2011 (UTC)

Is this a real alliance or is it part of an RP your doing?

If its real I would like to get to know you guys better. I am the Commissar of Foreign Affairs for the Union of Communist Republics. Get back to me.

Dang I thought you were a real CN alliance :(

I really don't know much German, so I probably won't be able to help you. I'd be glad to look over them, though, and see if I can; unfortunately, I don't have an account at those forums and so cannot see your post. Would you mind putting them on my talk page, or emailing them to me?

Well, I had a little trouble, because your own lyrics don't seem to match the tune of God Save the Tsar! exactly. That said, I think this should work, and it's a relatively accurate translation: I took a little liberty with the second stanza, so it translates more accurately as "land of the brave, and land of liberty!".

You're most welcome; glad I could help.   Michael von Preußen | talk

Retrieved from "https://cybernations.fandom.com/wiki/User_talk:Zabuza825?oldid=447731"
Community content is available under CC-BY-SA unless otherwise noted.