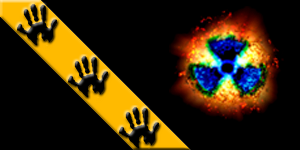 I would've loved to used {{REVISIONTIMESTAMP}} but that outputs time in a format like this 20131015185701 which is discernable but not easily as say "2013 October 10, 05:08:24 " is... If that magic word had a better output I would've made the hatnote say "Hello blah! This page was last edited or modified by Michael von Preußen (talk) on <revision timestamp>.
As far as that anchor bug goes idk, that's weird. Initially I thought it would be a cache problem but I purged the page and still nothing. :( Interestingly enough User_talk:RogalDorn#top still works.   RogalDorn   05:12, October 10, 2013 (UTC)

Perhaps, but I don't think so. I'm still poking, but it turns out, without the hatnote, the top of the orange table gets hidden. Never noticed it because generally, when you hit to an anchor, you don't look back at the top of the page again. I think there might be JavaScript moving the page up for some unfathomable reason, but I'm not totally sure of the actual mechanism yet.   Michael von Preußen | talk

The line becomes in line with the leave a message button, which I don't think should make it invisible. I'd be inclined to blame the unclosed tags and improper nesting in the table, though some JS thing is possible. Still a weird phenomenon :P.  Bobogoobo | Talk | Nation 06:57, Thursday, 10 October 2013 (ET)

Well, I knew it had something to do with the actual layout, because it doesn't happen on history pages. But you're right: that div doesn't have a white background, as I'd thought, so it couldn't be that hiding it. That led me to look at the inner article div itself, #WikiaArticle. Examining that, I see the main Oasis stylesheet, oasis.scss, gives it an overflow value of hidden (the same attribute that's supposed to be keeping {{outdent}} in line <_<). This is preventing the top part from showing up when... something raises the content of #WikiaArticle within the element itself. Still working on that something, though. <_<   Michael von Preußen | talk

Problem is definitely User:RogalDorn/r, which for some strange reason, only appears when you click the anchors, and otherwise doesn't. Is that intentional? Anyway, removing it stops the page from jumping up.   Michael von Preußen | talk

Sounds good, removed it. I wonder why that broke, it used to always show no matter what. Oh well, I guess no more scaring innocent bystanders and unsuspecting patrons. —  RogalDorn   16:45, October 10, 2013 (UTC)

It's quite possible Wikia has some legitimate reason I'm not seeing for actually moving the page up, and that template is actually being hidden beneath the page just like the hatnote gets hidden above it. Normally, no one would notice it, because there's a reason, whatever it is: except because your template is absolutely positioned, it breaks the page instead. I'm going to experiment later and see if I can't force it to work.   Michael von Preußen | talk

My Thoughts on the New Visual Editor

I think I did a good job of summarizing my feelings.   Michael von Preußen | talk