Uncertainty is a growing, somewhat developed, and established nation with citizens primarily of Celtic ethnicity who follow mixed religions. It is a backwards nation when it comes to technology and many refer to it unkindly as a 'Third World Nation'. Its citizens pay extremely high taxes and many despise their government as a result. The citizens of Uncertainty work diligently to produce Spices and Water as tradable resources for their nation. It is a mostly neutral country when it comes to foreign affairs. It will usually only attack another nation if attacked first. Uncertainty is currently researching nuclear technology for the use of nuclear power plants but believes nuclear weapons should be banned. Plans are on the way within Uncertainty to open new rehabilitation centers across the nation and educate its citizens of the dangers of drug use. Uncertainty allows its citizens to protest their government but uses a strong police force to monitor things and arrest lawbreakers. It has an open border policy, but in order for immigrants to remain in the country they will have to become citizens first. Uncertainty believes in the freedom of speech and feels that it is every citizen's right to speak freely about their government. The government gives foreign aid when it can, but looks to take care of its own people first. Uncertainty will not make deals with another country that has a history of inhuman treatment of its citizens. 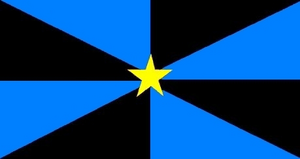 On May 19, 2012, Ocpuck123 decided to rejoin the cyberverse and founded the nation Uncertain under the name Heisenberg. Heisenberg already had an advanced understanding of the way that the cyberverse worked and knew that he must join an alliance to be successful in Cyber Nations. On May 19, 2012, Heisenberg applied to the New Pacific Order because of its developed culture and mastery of political, military, and economic systems. Heisenberg was bombarded with questions for several days but on May 26, 2012, he was finally admitted to the NPO Academy as a Cadet. Heisenberg quickly read the entirety of the Pacifician Library and with the new cultural knowledge acquired along with the previous knowledge on how to manage a nation, Heisenberg passed the NPO Entrance Exam with a 97.47%, only missing two questions. On May 27, 2012, Heisenberg was admitted as a full member to the New Pacific Order.

On June 24, 2012 Pacifica declared war on the Global Order of Darkness (GOD) in defense of our ally Non Grata. On June 26, 2012 the Viridian Entente (VE) counterd Pacifica in defense of GOD. Throughout the war, Heisenberg fought valiantly as a member of the Imperial Guard Squad against Calderon (GOD), Altariel (VE), Hueco Mundo (VE), Levitas (GOD), Cornadia (VE), Mark XIV (VE) and Whimsical Nation (GOD). On July 11, 2012 VE surrendered to Pacifica and her allies. On July 13, 2012, Uncertainty ate its first nuclear weapon by Whimsical Nation. The war with GOD though continued until August 4, 2012 when GOD and allies surrender to Pacifica and allies. Overall this war was a success for Pacifica, as well as a person victory for Heisenberg who caused major damage to 7 nations with the help of his comrades.

Formed from Imperial Guard on (9/14) with the addition to Waterana.

Occupations Past and PresentEdit

On May 28, 2012, Heisenberg began dealing technology as a Tech Seller in the Department of Economic Affairs. He sold tech for NPO in order to grow both his nation and those buying technology.

On June 16, 2012, Heisenberg was accepted as an Auditor within the DEA and began his work helping NPO by making sure teams of tech sellers were receiving aid and sending technology in a timely manner.

On August 6, 2012, Heisenberg became a Propagandist in the Propaganda Division. Media Corps is responsible for promoting Pacifican culture throughout the alliance and preparing articles for the PNN for the alliances enjoyment.

On August 7, 2012, Heisenberg became a diplomat in the Diplomatic Corps. His first assignment was to one of Pacifica's allies, The Imperial Order.

Retrieved from "https://cybernations.fandom.com/wiki/Uncertainty?oldid=465696"
Community content is available under CC-BY-SA unless otherwise noted.