A real life associate of Umbrae introduced him to Cyber Nations and told about the political nature of the game. Umbrae started out in the alliance ICON, which later merged into Nordreich. Before the merger happened, Umbrae was expelled from ICON for joining the New Pacific Order. This expulsion had no effect, as Umbrae had already left ICON to join the Order. ICON was disorganized, lacking a government and structure. Umbrae chose the Order as his new home after browsing the Cyber Nations forums, finding it to be, like himself, militaristic.

The Start of the Journey of Order[edit | edit source]

After researching on the CN forums Umbrae had picked the New Pacific Order,

Umbrae spent his first few months in the Order fighting as a soldier on the ground, participating in Great War II and Great War III. Throughout those months Umbrae wanted to joined Military Command, but no positions had opened during this time. His first department was the Praetorian Guard, which was in the process of being restructured by Vladimir. It was through his work in this department that Umbrae found his voice and started to build his reputation within the Order. 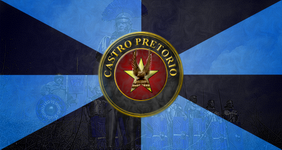 When Umbrae joined the Praetorian Guard it was in disarray. He attempted to join the Guard twice before Vladimir started putting a team together to accomplish the duties of the Praetorian Guard, catching the impostors hiding under the New Pacific Order name. At the time it was a streamlined group, consisting only of Vladimir and a few Praetorians. This was before the technical, highly efficient methods the Guard uses today were developed and Umbrae worked hard catching ghosts the hard way, digging through forum accounts, matching nations to accounts and finding who didn't belong. Umbrae was not on IRC at this time, but he was active on the forums. When he asked Vladimir what he needed to do to advance within the Order he received the answer of "get on IRC". It was here that Umbrae really started to learn about the Order and his place in it. When Vladimir redesigned the leadership of the Guard he intended for there to be a position between Prefect, where he was, and the regular Praetorians. This position, Centurion, would oversee the day to day activities of the Praetorian Guard. Several months after he started working Umbrae was promoted to the position of Centurion.

Umbrae worked extremely hard as a Centurion, and was promoted to the rank of Procurator. This rank was the overall day to day head of the Praetorian Guard, allowing the Prefects to plan out long term strategies without needing to get deeply involved in running the daily tasks of the Guard. Umbrae held this position until he was promoted to the rank of Imperial Officer, becoming an honorary Prefect at that time. He held that position until he retired as Imperial Officer in which he was bestowed the Evocati Rank. As an Evocati he acts as an advisor to the current Praetorian Guard leadership. 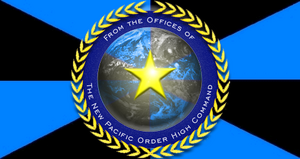 After the military mutiny, military command was in chaos. As the Imperial Officers were looking for replacements, Umbrae was approached by Koona for a LT position. Umbrae's activity and effort as a LT were noticed and he was appointed to General of the Pacifican Army.

As General Umbrae worked to rebuild Military Command, instituting several new policies and focusing on maintaining a meritocratic, dedicated, hard working department that showed the best talent and drive Pacifica had. Overall, his attitude on his role within MilCom can be summarized in his own words:

Positions Past and Present[edit | edit source]