Admission into The Shadow ConfederacyEdit

Before being accepted into TSC you must complete the following criteria

1)]You must change your team colour to black

2) You must be active on the forums/IRC

4) You must vote for the BPI senator

3) No member may declare war on another nation without permission

4) No member may spy on another nation

7) If you wish to leave TSC you must re-pay the start-up aid you received upon acceptance, if not re-paid military action will be taken.

1) You are not part of another alliance

2) You are not involved in any wars

3) You are not a target of another alliance

All members shall follow 'tech raiding' rules when 'tech-raiding', Failure to comply could result in being expelled from TSC.

No member may declare war on another alliance and/or non aligned nations, without authorisation from The Emperor and The Consuls. Peaceful methods will be pursued before open war is declared.

The Shadow Confederacy Senate is the main governing body of The Shadow Confederacy it is composed in order of power, authority and prestige, foremost The Emperor, The Consul Vizier and The Consul Commander, then The Praetors and finally senators, the latter of which only two may hold. The Emperor will usually preside over all senate meetings, but The Consuls may preside in The Emperors absence. Should The Emperor become incapacitated then The Consul Vizier will become acting leader, and should he Consul Vizier become incapacitated then The Consul Commander will become acting leader, and should The Consul Commander become incapacitated then The Senate will take direct control of The Shadow Confederacy with each having equal voting power, until such time a new leader can be elected from within The Senate. Members of The Senate may propose new legislation and propose changes to TSC, each of whom have 1 vote. All legislation must have the approval of The Emperor. Members of TSC may become a Senator by being put forward by an existing senator or higher office.

The titles and roles of the offices held by The Senate are as follows:

The Emperor has supreme control over TSC. He has the power to appoint and dismiss senate, ambassador and military members at his own discretion, but will justify any dismissal that may occur. The Emperor chairs Senate meetings, directs senate discussions on policy examines issues that the senate wishes to promote, and directs senate strategy. The Emperor reserves the right to alter any part of TSC at his discretion, but will convene with The Confederacy Senate about such alterations. The Emperor is ultimately responsible for The Shadow Confederacy’s security, being head of TSC's legions. The Emperor is also responsible for conducting international relations, The Emperor may also declare war and make peace at his own discretion but with reasonable justification.

The Consul Vizier is the has the power to appoint and dismiss senate, ambassador and military members at his own discretion but will justify any dismissal that may occur. He is responsible for conducting international relations in coordination with The Praetor of Foreign Affairs. The Consul Vizier assists The Emperor in directing The Confederacy Senate and in promoting senate policies. He also maintains the right to alter any part of TSC in times of emergency if The Emperor is not present, but must confer with The Consul Command and The remaining Senate about such alterations. The Consul Vizier is also responsible, along with The Emperor, for maintaining the security of TSC.

The Consul Commander is responsible for the day-to-day military and intelligence activities of TSC. He serves as the leading commander during war and is responsible for the creation and implementation of military strategy, including the appointment and training of legion leaders. In addition The Consul Commander also approves or declines all war requests made by senate members. He also maintains the right to alter any part of TSC in times of emergency if The Emperor and The Consul Vizier are not present, but must confer with The remaining Senate about such alterations.

The Praetor and Senator of Foreign Affairs conduct international relations on behalf TSC. Their responsibilities include the drafting, negotiation, and ratification of treaties and agreements, the management of all embassies, ambassadors, and the appointment of ambassadors.

The Praetor and Senator of Internal Affairs manage all internal issues of TSC. Their responsibilities include reviewing and resolving disputes between members, ensuring compliance with all rules and regulations, monitoring the progression and activity of members, and providing assistance and advice to members.

The Praetor and Senator of Immigration oversee recruitment. Their responsibilities include directing recruitment to maximise efficiency, supervising the application process, and denying or accepting new members the former being initiated if a member is seen as a potential risk to TSC. In making decisions about 'start-up' aid, the Praetor’s of Immigration will convene with those of Finance and Trade.

All members will have direct control over their military, but are expected to mobilise if a war were to occur, members are also expected to follow orders by The Consul Commander and their respective legion leaders.

All members are part of a legion, and each legion has a military leader who directs their legion members in any war that may arise, members are expected to follow orders from their legion leaders and mobilise within the time limit set by The Consul Commander and squadron leaders.

All wars must receive prior approval by The Senate.

The Grand Legatus manages all sensitive information of TSC, both internally and externally. He works closely with The Consul Commander to organise the gathering of intelligence, the implementation of such intelligence, and the effective use of spies, when appropriate.

If you are on the receiving end of a 'Tech-Raid' and you have stated in your nation bio that you are never inactive then you:

1) Are not to retaliate

2) You are to bring it to The Senate’s attention

If the attacking nation uses anything other than ground forces, then you may consider it an official declaration of war; in this case and only in this case, you may retaliate in defence; however, you will be expected to halt your attacks when informed to do so, in order that peace can be negotiated and reparations, if applicable, can be paid.

If a member is attacked, then all diplomatic measures will be pursued to avoid war, however if terms are not agreed upon then members are expected to mobilise for war.

Nuclear weapons as a first strike initiative are not permitted, the use of nuclear weapons must be prior approved by The Emperor and The Consuls. However If you are attacked by a nuclear weapon you may retaliate in kind.

The Praetor of Immigration - Nasim

The Praetor of Finance & Trade - OfficeNinja

The Praetor of Technology - Stoopid Ace

The Senator of Immigration - Sir Digbycc

The Senator of Finance & Trade - Algolei

The Senator of Technology - POSITION AVAILABLE

History of The Shadow Confederacy Edit

The Shadow Confederacy, was founded on April 28, 2008 by Emperor E.Greivous.

Some other Facts Edit

This is another heading.

Banner of the Shadow Confederacy 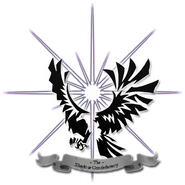