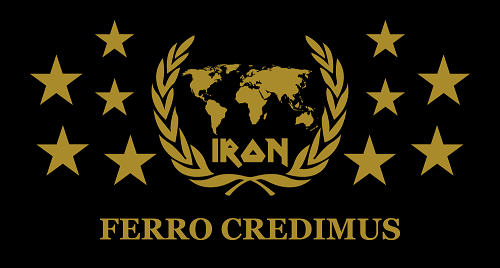 We've announced this in the past, but it would seem it is necessary for us to announce this again.

We don't accept any excuses such as:

"They're inactive so I/we do not have to pay reparations."

"They're going to be deleted anyway so what was the harm"

"They were displaying IRON POW or IRON Applicant - why do you care?"

Most of these attacks on our seemingly inactive nations tend to come from small alliances usually under 50 in number which do not seem to understand the concept behind an alliance. Since comprehension seems to be a problem, we will from now on be linking any nation that attacks a member of the IRON alliance to this thread so that they understand the following:

1. If an alliance has "Independent Republic of Orange Nations" set as their alliance affiliation do not attack it. "But I didn't know" "They are inactive" or any other such responses are unacceptable and will not stop attacks from being launched upon you.

3. If you attack a nation that is a member of our alliance you will be required to pay reparations to a nation of our choosing that is a fellow IRON member. Refusal to pay any reparations will result in the loss of all of your infrastructure and whatever tech, land, and cash that our defending nations can take from you on your trip to ZI. This is not negotiable, if you do not want to be attacked you WILL pay reparations to a nation of our choosing for disrespecting our alliance enough to attack one of our members, active or not.

4. Minimum reparations are now going to be set as follows:

THIS IS A MINIMUM AMOUNT. Reparations can and will be more if the damage to an IRON nation amounts to more. However, and you can be sure of this, the reparations will be AT LEAST the amount above.

This message is only to the alliances that we have no diplomatic access. Any alliances that have forum or IRC links posted in the thread here on CN will be contacted through the appropriate channels though this may happen after we have attacked your noob to prevent any further damage upon IRON nations.

It doesn't matter if you are small, you should still have enough sense to not attack aligned nations if you and your alliance wants to survive.

IRON Government is on #iron on coldfront. There is one of us on at least 95% of the time. Contact us if there is a problem.

ALSO: Again, IRON will reiterate another standing policy - DO NOT INTERFERE WITH IRON MILITARY ACTIONS. We've had incidents of nations seeing a free slot on a nation that IRON is conducting actions on and feel that they can just jump on, that they have a right to the tech/land/$$$. When this happens, 99% of the time the war stagger is screwed up by a nation that has no business getting involved. This is a bad idea, as you'll find yourself under attack by IRON nations. If you see an action and want in, contact a member of IRON's Government. Chances are you'll get told no, but, no contact = pain and woe.

Tl;dr: Attacking an IRON nation or an IRON POW/IRON Applicant is not worth what will happen to you if you choose to do so. Also, keep out of ongoing IRON Military Matters.

Retrieved from "https://cybernations.fandom.com/wiki/The_Independent_Republic_of_Orange_Nations_Pain_Policy?oldid=505634"
Community content is available under CC-BY-SA unless otherwise noted.