The Imperial Order, officially abbreviated TIO and occasionally but infrequently TIOv2 (to distinguish it from the first Imperial Order), and known internally as Imperia or Polarbearia, is a growing medium-large alliance on the Blue sphere that was founded on 6 April 2010 by Skippy. Amongst themselves, they often refer to each other as Imperial(s) or Imperialists. TIO is the 22nd ranked alliance by score in Cybernations.

TIO's growing relations with fellow Blue-sphere alliance serve to underline its commitment to strengthening that sphere. The Order is firmly committed to the preservation of peace and the security of its members. Imperia is always committed to her allies and will not hesitate to come to their defense.

The first incarnation of the Imperial Order was founded on the White sphere 1 July 2009 under the protection of the Siberian Tiger Alliance. Although it disbanded later that year, Imperia lived on in the hearts and minds of its founders, and it was reformed on Blue in April 2010, with many of the original founders being among the first in its ranks. Skippy once again took up the role as leader of the alliance.

The Imperial Order worked hard to forge ties with fellow Blue-sphere alliances, its first treaty being a protectorate with the Imperial Assault Alliance. It soon signed several optional treaties, entering Sirius 22 May as a founding member, and signing a PIAODP with Athens.

The Imperial Order significantly amended its Charter on 3 July, correcting the terminology used by its two governmental councils, altering the name of its immigration department, and allowing for tech raiding on a limited scale. On 1 August 2010, Skippy abdicated the position of Imperial High Commander, and Sup4l33t3ki11a was elected by the Imperial Government to replace him. On 20 August, it announced a treaty with the SOS Brigade which humorously featured an "optional non-aggression" clause. Imperia's first mandatory treaty was a 6 September Mutual Defense Pact with IAA, which served to upgrade their protectorate. Early the next day, an MDoAP was signed with the Killer Turtle Brigade. One week later, a PIAODP with the New Polar Order was announced.

A subsequent revision of Imperial Government, as announced 28 September 2010, displayed traces of the original TIO. Specifically, Jumperbeast13 was the longest-serving Imperial Officer in the Order, having served in that capacity in both incarnations of the alliance. Likewise, Scorponok served at the level of Imperial Commander in both incarnations, the longest-serving member of the high government. With that government's inauguration, Skippy returned to government as External Imperial Commander.

The Imperial Order upgraded its PIAODP with the New Polar Order to a MDoAP on 5 November 2010. On 6 November, TIO engaged in its first war, entering alongside its allies in Sirius in defense of TKTB. The Sirius alliances declared white peace with AcTi on 7 November.

The Imperial Order was accepted on 10 November 2010 into the Synergy bloc alongside its ally IAA and friends GATO and LoSS.

TIO entered the PB-NpO War on 17 January 2011 and attacked the alliance of iFOK in defense of her allies, the New Polar Order. Imperia fought hard for three long weeks against Hydra, SLCB, and iFOK, but ultimately TIO could not remain in the war any longer due to insufficient war funds, and agreed to white peace on 6 February.

The war left Imperia in a weakened position, although TIO continued to make more allies, signing an MDoAP on 13th March with the League of Small Superpowers, with whom it already shared membership in the MDoAP Synergy bloc.

Throughout the spring of 2011, TIO went through multiple changes in the government lineup (as detailed in its government history), including the addition of the position of Imperial Officer of Media Affairs, who oversees Imperia's propaganda, graphics, and wiki affairs.

Synergy was dissolved on June 12, and TIO upgraded its ODP with the New Pacific Order to an MDoAP on June 23.

On 10 July 2011, Dave93, long time High Commander, stepped down due to RL and left the Order. Scorponok of Dead Space was given the head role. Under Scorponok's reign, TIO rose from a dwindling 53 members and 860K NS to a fast growing alliance of 95 members and 1,160,000 NS.

Thanks to the loyalty and hard work of her members, TIO went through a brilliant growth spurt, with the government acquiring a lot of new blood to accommodate it. On 13 July 2011, the Executive Commander position was dissolved due to it no longer being needed and to streamline the government. The Imperial Order's charter was put to rest, and a new one adopted on 1 August 2011 with a number of changes.

Impressed by the outstanding qualities of TIO's government, on 13 August 2011, TIO increased in size by another half a million NS as their ailing allies the Union of Integrated National Entities merged into them, with the newly elected UINE Emperor HRH King Raymond II being made Internal Imperial Commander. Many new officials were appointed to reflect the new membership, and by September, TIO had been enlarged to more than 2 million NS and more than a hundred members. Imperia grew on past 3 million NS on 14 October.

This growth would not have been possible without the hard work of TIOs recruiting corps who "got us from 700K NS and 40 members to this current feat. A big thank you from all TIOs members and government goes out to them". Along with this great milestone, for the first time TIO broke the AVG NS barrier of 35K NS.

With all of this growth, it was natural that TIO would make more friends. On the 5th of November 2011, after many months of friendship and well scripted communication TIO and NADC agreed to put their friendship on paper with the ODP treaty North Atlantic Polar Bear Relocation Organization. On the 23 November 2011, history was made with the signing of TIO's first protectorate the Dark Empire founded by a dear friend of TIO.

Two days later TIO and OMFG finally agreed to put their love on paper with the signing of the The Tribe Activates the Imperial Haka Treaty on the 25th of November, thanks to a lot of hard work by both parties. This was TIOs first new treaty out of the Blue sphere in a long time.

On December 2, 2011, during the global conflict between TOP & IRON vs NpO and allies, the alliances of Farkistan and FAN launched a pre-emptive attack on TIO's Pacifican brethren. TIO was not going let its brothers go it alone, and prepared for war. This war within TIO is commonly called the Neckbeard Massacre.

On 5 December 2011, the Imperial Order answered her allies' call and rode to battle against FARK. TIO knew going into this that it would not be an easy or quick war, but it was prepared for the long haul.

This was TIO's second Global War in her entire history. TIO fought well, exceeding expectations, and Sparta and FARK surrendered on the 15th and 22nd of January.

In March 2012, TIO's longtime allies DnD (formerly TCU) merged into TIO, and TIO announced that it would be protecting the DnD AA indefinitely or until all the members of DnD merged into TIO. Before the merger was completed TIO had shot past the 4mil NS mark and upwards of 38k ANS. TIO gained 800K from DnD and 800K from recruiting. This all happened within 14 days, and TIO shot up to the 28th ranked alliance in terms of Alliance Score and 25th in terms of Alliance Strength.

As well as the added score and bulk TIO acquired a great time ally and government member in the form of Galvatron of Vector Sigma, who was made Imperial Commander of Internal Affairs. TIO celebrated its 2nd anniversary with 4,628,189 NS, still growing strongly.

The Charter of the Imperial Order is its governing document. It contains rules on membership, government, and defense and war.

The Imperial Order has quite a few awards and medals that are handed out to its members.

Government of the Imperial Order

Wars of the Imperial Order

* The Ankle-Biter War is the TIO name for the MHA-GATO front during the Dave War.

Active treaties of the Imperial Order

Raster version of the Imperial Flag

Raster version of the War Flag

Vector version of the Imperial Flag

Vector version of the War Flag

Vector version of the Imperial Insignia 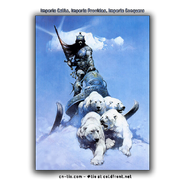 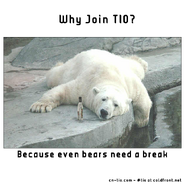 TIO propaganda
Add a photo to this gallery

Retrieved from "https://cybernations.fandom.com/wiki/The_Imperial_Order?oldid=447389"
Community content is available under CC-BY-SA unless otherwise noted.