The Texas Rum War consisted of two sides: The Pirates of the Parrot Order (PPO) and the independent texas alliance, a rogue alliance. The conflict started due to an apparent tech deal that had gone wrong between Stylin of the nation "Empire of Anglia" and Dragster of the nation "winukka". Stylin applied for membership at the PPO without informing the alliance of any disputes between himself and any other nations other than those tech raiding him at the time. Meanwhile, Dragster never approached the government of the PPO to inform them of his issues, instead he called on friends and family to create nations and funded their war against the Pirate Applicant.

The PPO responded to the attacks with quick fury and the alliance of independent texas came under fire by TheKingAboveErebor, Scarlett, and kingsmill. The war expanded when two others joined the fray as possible multis and expanded the war to others not currently involved. A full scale-mini war erupted because of this and saw the rulers of Pupbenny, Swatch0, Emperor Dezicus, and finally Ron Burgandy enter the fray. The PPO sent out war aid to each of it's newly minted Pirates who joined the war without hesitation. In response, Dragster responded in kind by sending further aid to the alliance of independent texas.

The government of the PPO attempted to contact Nordreich (2nd) government repeatedly about the actions of their member to no avail. The inactivity of their Kaiser and several of their ministers were noted, however, a message was received back from PuliSher and Johan Pitka, neither of which were able to provide any action from their government other than a single message stating that the actions would be brought to government discussion to discuss proper punishment for Dragster. 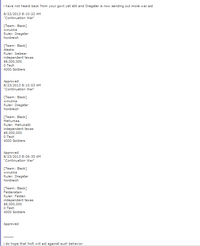 After two weeks of no response from NoR officials, the PPO abandoned hope of their alliance to stop the actions of their member. Not wanting to start an inter-alliance issue, the PPO tried to reach out to Dragster one more time.

Finally, after repeated talks and near brink of alliance-scale war between the few active members of Nordreich (2nd) and the PPO, the situation was resolved with reparations from Dragster to be sent to all PPO nations involved in the ordeal. 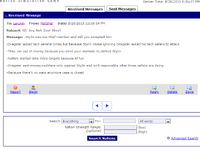 The experience granted many of the newest members involved the ability to learn how to war properly without being under the stressful conditions of a global war as well as net them pried experience points to put towards the new Generals system put into place. This war also opened the eyes about just how inefficient some members and even government can be in the act of diplomacy towards others.

Retrieved from "https://cybernations.fandom.com/wiki/Texas_Rum_War?oldid=492443"
Community content is available under CC-BY-SA unless otherwise noted.