The national flag of Templuria

The United Common People's Armed Capitalistic Republican Democractic State of Templuria and Lulz and Stuff is a country in Southern Europe, extending from the Aegean to the Ionian Sea in the Mediterranean. Europe is a much funnier place because of Templuria's existence. Templuria is a United Common People's Armed Capitalistic Republican Democractic State, meaning that is a democratic republic of capitalism for the united common people. Its capital in New Athens, which is like the regular Athens, only much, much newer. The nation strongly believes in the people's right to control business, even if they run it into the ground. The government allows many civil freedoms and attempts not to interfere with the lives of its citizens, but is willing to use nuclear weapons on its major cities if its favorite TV shows are cancelled. Templurian citizens receive free healthcare, education, and welfare because of the government's huge budget. The currency of Templuria is the Heavycoin.

Templuria is a medium sized, somewhat developed, and old nation at 256 days old with citizens primarily of Greek ethnicity whose religion is Taoism. Its technology is first rate and its citizens marvel at the astonishing advancements within their nation. Its citizens pay extremely high taxes and many despise their government as a result. The citizens of Templuria work diligently to produce Cattle and Pigs as tradable resources for their nation. It is an aggressive country that some say has an itch for war. It believes nuclear weapons are necessary for the security of its people. The military of Templuria has been positioned at all border crossings and is arresting all drug traffickers. Templuria allows its citizens to protest their government but uses a strong police force to monitor things and arrest lawbreakers. It has an open border policy, but in order for immigrants to remain in the country they will have to become citizens first. Templuria believes in the freedom of speech and feels that it is every citizens right to speak freely about their government. The government gives foreign aid when it can, but looks to take care of its own people first. Templuria will trade with other nations with questionable ethical treatment of their citizens but prefers to keep such trade agreements a secret. They also like cake. 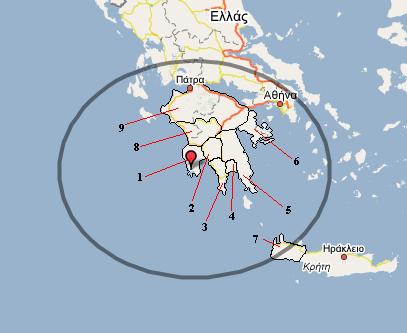 The Capital District is the head of the Templurian government. The nation's capital, which is also the state's capital, is located here. This section of the country is considered the most widely defended due to its important status. The majority of the military resides in or around the area.

Magnus is named after Magnum T. Gundraw, the first president of Templuria. It's known best for it's groundbreaking Information Technology in the urban areas, however most of the state is rural. It's main productions, which are pigs and cattle, come from farming. It is home to Magnus Arms and Weaponry.

The state of Civ Beach is famous for it's beach resorts and hotels. The state is dotted with large cities which serve as the main center for Templuria's urban backbone. Tourism is also a very popular way to make money in the state.

New Artemis was formerly had its own government, but after multiple wars with Templuria, it has fallen apart and become a commonwealth under Templurian control.

The New Artemis Commonwealth is not deemed as a Templurian state, (see Templurian-New Artemisian Relations) but is included on most Templurian maps as part of the nation. A plan to fully lead the commonwealth into statehood has not yet been considered.

In the beginning, there was fail. On the first day, the Great Lord Admin parted this sea of fail and planted the first seeds of win. These seed would form the land of CyberNations, and in it, Planet Bob.

The Nation Formerly Known As Prince was in a dire civil war, started over a very complex argument. Both sides were fighting for the last Oreo cookie. The old capital, known as Dublstufd, was devastated by the resulting nuclear war. Many citizens left after being nuked. They founded a town that would keep them protected from the nuclear zombies, New Athens. Many people sought refuge in the city. Machinegun nests kept the zombie horde at bay. Life in New Athens was difficult, but much safer than living in older parts of the nation, where there was nuclear waste and Richard Simmons.

New Athens became so successful that the Zombie provisional government attempted to seize it and use it as a brain-cultivating territory. Rising up against the majority of zombies, they led a bloody coup which toppled the Zombie Queen, Joan Rivers.

Many nuclear holocaust survivors heard of the city's resistance and it gave hope to countless people who still had brains. Migrants from all over the land journeyed to New Athens for it's safety and radiation-free zones.

Magnum T. Gundraw, a former general of the Anti-Zombie Action Squad, was elected as the first president. His first act was to initiate a campaign against Zombieism. He revolutionized the business and government in New Athens by using counterfeit Heavycoins as long as the citizens agreed not to tell the rest of the world.

The businesses and infrastracture in the city were doing quite well, but president Magnum thought that they could work much better if they used an efficient Serious Business structure. He slightly altered the laws of nature and changed the nation to Capilawlism. From then on, the country was known as The Long Name at the Top the Wiki. The name Templuria was created from Magnum's middle name, Templur (though new historical evidence shows that his actual middle name was "Tigga Please").

New Athens is the largest city (by population and size) and capital of Templuria. It is the birthplace of many Templurian presidents. It is the national center of business, finance, fashion, medicine, entertainment, media and culture in Templuria and is recognized around the world for it's fantastic monuments, historical landmarks, and clean environment.

The second largest city in Templuria is Sactum. The city is most famous for it's nightlife, it having many nightclubs, hotels, and resorts. It is also known for it's many beer breweries, which make beer from imported ingredients. The breweries ship beer all around the country.

The crime rate in Sactum is somewhat high due to a long lasting gang rivalry between The Hellens and The Supremacists, a gang formerly paid by the Templurian military to attack New Artemis. Street violence in the area is slowly decreasing due to improved funding to police factions.

Templuria's main exports are cattle and pigs. Templuria receives water and gold from The Red, aluminum and spices from Aerabus, and marble and sugar from Mugland. Templuria also imports wheat and lumber from Deutschlanden.

Through its existence, Templuria has interacted with many nations. Some relations are much more stable than others.

Templuria is a proud member of NPO and maintains a stable relationship with the alliance. Templuria has waged many wars in the name of NPO and plans to continue to do so. Templuria keeps itself within strict orders and decrees of NPO guidelines.

Though both nations have only existed for short times, they have a long history with each other. The majority of this history is violent and full of conflict.

Unlike Templuria's dealings with New Artemis, the relationship with Antarctic City is stable. The two, though in separate alliances, often aid each other both in war and money.

In many cases, the two countries have attacked the same target, bringing it down much easier. When one nation is devastated by anarchy, they help each other with money. This relationship keeps the two nations close.

Bitter feelings between the two nations still exist after the Templurian-w00t! war

Rememberance Day - January Third - (Holiday made to remember the accomplishments of Templuria.)

Statistics among the population of Templuria.

The military of Templuria has developed from the simple militia which protected it from attacks to a full scale Army, Armored Corps, Navy, and Air Force.

Several arms manufacturers reside in Templuria and create weapons and vehicles for the armed forces. The main one is 'Magnus Arms and Weaponry,' which provides tanks and several types of aircraft to the military. However, the leading Templurian naval and aircraft producer is Armachrome.

Due to its official membership with the New Pacific Order, Templuria can only go to war if allowed. The following wars have been fought so far.

Major Wars in Templurian History
Outside an Alliance:

In the New Pacific Order:

Wars Templuria has entered on the behalf of NPO:

Retrieved from "https://cybernations.fandom.com/wiki/Templuria?oldid=465349"
Community content is available under CC-BY-SA unless otherwise noted.