Stripes was a multi-colored alliance. It was founded on August 4, 2015, by Xanth as an alliance largely independent of the treaty web. Stripes was essentially a re-branding and continuation of the Screaming Red Asses in the wake of the deletion of Walsh the Beloved. 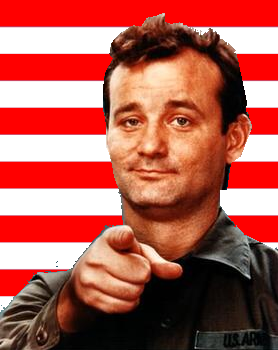 As a re-branding of SRA, Stripes was borne into battle as they continued to fight the Dre4m War.

Application to join the Stripes can be made in game or on the appropriate thread on the forums. Prior to applying, members should ensure that they meet the following criteria:

Members failing to meet or maintain these criteria will be denied acceptance/expelled from the alliance.

Stripes a dictatorship, run by the The Big Toe. He will be assisted in governance by the other government designees.. Government functions (FA, IA, MoD) will be delegated to these and other members as membership grows and as the Red Ass Commander sees fit.

Members may NOT go to war without the express permission of The Big Toe.

When Stripes goes to war as an alliance, the entire alliance goes to war unless the tactical or strategic situation dictates otherwise. In any case, that decision will rest with The Big Toe or his designee.

Stripes does not endorse the practice of stealing tech from peaceful unprotected or unaligned nations. However, we recognize that limited engagements better prepare the alliance for war and provide valuable experience. Therefore, Stripes will allow raiding under very controlled circumstances. Raid targets must satisfy the following criteria:

All raid targets must be approved by government. Approval is secured by filling out a "Raid Request Form" on the forums to ensure the criteria are met..

Stripes treaties will conform to the Lawyers, Guns and Money Doctrine pronounced by Red Ass Commander Walsh the Beloved on July 1, 2014. These will most often be regarded as "mutual" on our end—however, we will not feel obligated fight a war for a meaningless CB not of our choosing, coalition-style warfare or for an ally that has made a foreign policy gaffe and is now paying the price. Stripes may still fight such a war, but will not be obligated to.

Retrieved from "https://cybernations.fandom.com/wiki/Stripes?oldid=520042"
Community content is available under CC-BY-SA unless otherwise noted.