The Soviet Union of Socialist Republics (also known as the Union of Socialist Republics, Soviet Union, Socialist Union, SUSR and USR) is a geopolitical military alliance formed by four communist nations in June 10, 2011. It was originally formed during the Great Pacific War in order to prevent the victory of STOP and was allies with the United Pacific Aligned Coalition (which consists of all of the members of the SUSR along, in addition with non-communist allies) and the Caribbean Treaty Organization. It was likened as the "Warsaw Pact of the Pacific". In the aftermath of the war, the SUSR began repairing ties with STOP—mostly through the PEACE Pact. Both the SUSR and STOP engaged in a minor arms race and tensions quickly heated up by the fall of 2011. Relations soon settled down in peaceful matters between the two coalitions however with efforts to settle disputes and compromises. The SUSR continued working to ensure the stability and growth of its signatories and played a major role during World War IV. During the war, it dominated the Pacific Theater and was engaged in a war against the Quad Empire, the bolstered superstate of what used to be the United States of JBR and was responsible for the liberation of said state as well as the Union of Midway and the Pacific Empire. In the end of the war, the SUSR along with the European War Coalition were charged with overseeing the liberated states of the former Quad Empire. The most notable of the Soviets' part was the Chinese Civil Administration of the Midwayan Territories. It heavily dominated Midwayan politics as well as JBRican politics. Relations with JBR and Midway crippled to the point where Korea went to war with Midway and Japan. Currently, the SUSR is dealing with the Korean-Japanese War, the Second Vietnamese War, and a dispute with the European War Coalition in setting a finalized surrender treaty to all the former Quad signatories.

The Soviet Union of Socialist Republics was formed by communist states in order to strengthen their military effectiveness in fighting the Great Pacific War. The main goal of the Soviet Union of Socialist Republics is to achieve victory in the Great Pacific War and completely destroy STOP. Later on, the goal was to supersede the STOP nations in economic, military and influential power. This goal was later downplayed with an attempt to gain stronger relations with STOP; mostly in the form of trade and economics.

However, the Soviets' main goal during World War IV was to defend Asia from an invasion by Quad and destroy its empire.

The Soviet Union of Socialist Republics signed the PEACE Pact which ended the Pacific Theater of the Great Pacific War.

On June 30, 2011, an amendment to the Treaty of Beijing was passed making the Soviet Union of Socialist Republics an economic union.

A military program proposed by the People's Republic of Grand China to have a joint separate military force for the use of the SUSR alliance. Its main purpose is to support other socialist republics and to defend communism.

Part of the program is to issue all members a standard inventory for each of their armies. It may be described as the Technological Equality Deal for the SUSR nations. 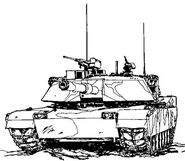 Type-056 Aircraft Carrier
Add a photo to this gallery
Retrieved from "https://cybernations.fandom.com/wiki/Soviet_Union_of_Socialist_Republics?oldid=464436"
Community content is available under CC-BY-SA unless otherwise noted.