Rossoffle K. L. Mongoloid was born in a 13 x 17 log cabin in the desolate hilltops of Zanzibar land, the now defunct transitional state. However, do to the fact he was left attached to the umblical cord several days after already being externally born, his stomach acids were left useless when he digested food so they instead slowly ate at his brain till the cord was cut. Because of that, as his brain developed he slowly but surly gained bipolarity disorder that would get increasingly worse with age. This would also be the reason he became infected with North by Northwest Nile virus, the diesase that prematurly ended his life.

As a child Rossoffle's family was very poor and he had to attend public school were the students teased and raped him everyday because he smelt so bad (This being because his family couldn't afford shower water).

In order to prevent further raping, Rossoffle ended up joining a gang of low life cat burglars, that literally stole cats and then subsequently held them for ransom.

By the age of 16 his gang members turned on him because he made a comment about there leader being short. Because of the fight the police were called and he was arrested and was imprisoned. While in jail he would once again, be raped and teased daily. After awhile of this he slowly began to lose faith in the human race and that is ultimatly why he acquired the select phobia known as Misanthropia.

At age 22 and ten months, in a lucky turn of events, Rossoffle was drafted out of prison into the Zanzibarain military to fight on the INC side in the GATO-INC War (Back then the primitive form of the Zanzibarian draft could actually withdraw convicts for militant use). For most of the combat he held a rather low-key record, and remained there as mostly support fire and nothing more. As the war drew to a close, it seemed for certain he would be sent back to prison because he hadn't proven any military worth. But then one day, as his squad wandered through a small ravine gunfire uponed up that would change Rossoffle's life forever. It was from an early make of what would eventually be the Heavy machine gun model so the entire squad was decimate by it, save Rossoffle who was hit twice, both times in the ass, scaring each cheek permenatly. As he lay there questioning whether or not he was dead something snapped inside of him and before he knew it he had completely dismembered the enemy fire team that had gotten the jump on him and his comrades using solely the bayonette on his M1 Garande.

After the war was over the Mayor's anti-sematic, gay brother awarded Rossoffle with one of the highest Zanzibarian honors at the time, the yellow ribbon for killing that entire fire team and for being shot twice and surviving (Even if it was in the ass).

That done, the Zanzibarian goverment decided to give Rossoffle a chance in the military, shooting through the ranks each time conflict erupted. It wasn't long before Zanzibar land realized his true potential as a naturally superior tactician as well and promptly assigned him a Colonel Ranking and duties. What they didn't know, was that he was crazy.

At the incredibly young age of 42, with 57 medals under his belt, Rossoffle was promoted to head of Zanzibarian military, though what he really wanted to do was rule the entire country.

Before his departure Rossoffle would lead the Zanzibarian military in only three conflicts, two minor. Nevertheless, during that period he never lost a battle.

Just after one year of service as head general of the Zanzibar land military, riots broke out that would (Once again) change Rossoffle's life. In the middle of a three day protest for Zanzibar land to change it's government, things suddenly turned for the worse. The leftist picketers became violent and began looting and burning anything in there path. The military was immediatly dispatched to settle them down, led by Rossoffle himself. However, complications suddenly arose when Rossoffle was black mailed into submission by the leftist rioters leaders that threatened exposing pictures of Rossoffle that would confirm he had had gay sex with over thirty minors.

Rossoffle subsided his offensive and was forced into working with the rioters to break free from the Zanzibarian state.

The result of the split state was Sexlanta, which started out as a communist system with no direct ruling that made it more Anarchistic then anything else. With the thought of being able to lead a nation and the black mail now in his possesion, Rossoffle managed to work with the leftist leaders and gain enough trust that he was set up as a figure of order to keep the communist state from unraveling. What the leftist were unprepared for was Rossoffle to usurp enough power and establish the state anew as a Totalitarian State. Anyone trying to oppose him became political prisoners without even a chance to question their innocence.

Albeit his own insanity, Rossoffle's rule was actually not as bad an influence on Sexlanta as it could have been, though it was working towards his own dream of a New World Order it was also building a strong economy and gaining land without a concern for who it might have belonged to.

At the age of 49 Rossoffle caught the rare diesease North by Northwest Nile Virus and his condition instanteneously declined to the point of being bed ridden unconscious.

Rossoffle's top advisors would take over at this time and change Sexlanta in it's entirity, trying to mold it to fit in with the developing world.

At the age of 51, on a cold October morning, Rossoffle was declared dead by the doctor that had been keeping consistent watch on him. A day of national mourning was declared and the masses wept. 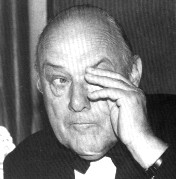 With his father dead, Rossoffle the second kicked Rossoffle's Political Advisor out of the drivers seat and took over Sexlanta. Changing things back to the way they used to be, including reinstating Sexlanta as a Totalitarian state. 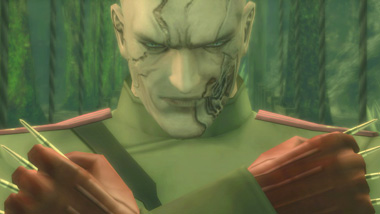 Rossoffle the second in all his glory; posing for the cover of Solider of Fortune magazine

Rossoffle the second rules just like the original Rossoffle. This is namely because I don't want to make another wiki-page. Capish? Ok good.

- First ruler to have his nation succesfully raise cattle in Marituania.

- The two Rossoffle's kill counts peak at over 5 million people (Actual number is 5,000)

- A common misconception is that both Rossoffle's suffer from Misantropia. This is false, because misanthropia is a mental phobia, Rossoffle the second meerly views things according to the way he learned them from his father, who was also skizophrenic.

- It was Rossoffle the 1st dream of being the ruler of all of the continent of Africa, in hopes of helping to instate a New World Order. However, it was Rossoffle the Second who carried out this dream. Eitherway, the "New World Order" is generally looked down upon by most of the human populus as unneccesary bloodlust, but is also supported by some of the strongest generals and leaders.

- Rossoffle the second is an outspoken activist for Censorship. Declaring it to be the filter for the destructive wants of the people to degenerate themselves. On the contrary thereof, Rossoffle is also against spying, claiming it to be a cheap trick for cowards to make themselves feel intelligent.

- Claims the NpO is both Ivan Moldavi's bitch and gimp.

- "Order isn't gained through letting the public run amock. It's ascertainable only by gripping them with an iron fist, turning them upside down and screaming superlatives at them until they're ready to listen."

- "The only thing worse than an uptight, Totalitarian scumbag is a lazy, mindless and furthermore, Capitalist pig."

- "It isn't unlike the GATO to be so self-conscious about it's public image that it has to hold the reigns on those within itself that think differently. Coming from my mouth that's rather ironic, now isn't it? Well, at least it's not the NPO."

Retrieved from "https://cybernations.fandom.com/wiki/Rossoffle?oldid=370077"
Community content is available under CC-BY-SA unless otherwise noted.