The Revenge Doctrine was a policy of the New Pacific Order, in cooperation with other Red-team alliances, to protect the Red team from tech raiding. The Policy is no longer in effect.

Former Text of the Revenge DoctrineEdit

The Order moves ever onwards and it is important that the red team is equally progressive. In so doing, we reaffirm both our commitment and responsibility to the Red Team. We do this by implementing the following policy:

No nation residing in the red team may be raided. The New Pacific Order will find friendship and common cause with any alliance or group on the Red Team that shares the deeply held belief that raiding the unaligned is wrong, and specifically that raiding any nation on the Red Team is wrong.

Henceforth, the New Pacific Order will extend its sphere of protection over any unaligned red team nation being tech raided by a foreign or domestic military.

As always we will attempt to solve problems via diplomacy before resorting to military action, and we do not promise compensation to the attacked nation, but we do expect any issue to be resolved quickly and to our satisfaction. However, a nation running from justice may not hide behind our shield. A nation seeking to make use of this policy must be on the red team when attacked.

Any attempt to circumvent this policy will be dealt with harshly.

A strong red team is in the interests of every red nation, and the New Pacific Order invite to be a part of it those peaceful nations who seek a life outside of the dangers inherent in other teams. Those who come seeking to cause trouble, however, will find it in abundance. The age of international anarchy in the red team is over.

History of the Revenge DoctrineEdit

Based on the Moldavi Doctrine, Emperor Revenge declared on October 29, 2007, that any and all unaligned nations residing on the Red Sphere and in good standing would be permitted the protection of Pacifica when dealing with foreign or domestic threats, specifically the dangers of so-called tech raiders who have always preyed on smaller nations who were unable to defend themselves. The motivations of the Revenge Doctrine were two-fold: first, it assured the rights of nations existing on the Red Sphere to remain unaligned and have the freedom to find an alliance of their own choosing without the need to make a pressured application under military threat. Second, it provided economic opportunity for nations on the Red Sphere by encouraging the movement of more resources to that area.

Between its introduction on October 29, 2007 and its modification into its current form on June 13, 2009, during the Karma War the Revenge Doctrine was frequently held up as a symbol of Pacifican arrogance, evil intent and desire to prevent nations from fully enjoying the Cyberverse. It should be noted that upon the commencement of the Karma War the Red Sphere was subjected to massive and persistent tech raids and that nations formerly sheltering there were forced to flee the sphere for others or were forced to join alliances they might not have chosen. While these "novelty raids", intended to hurt Pacifican pride by directly flouting Pafician promises for protection, did provide a propaganda blow they largely accomplished nothing as the Red Protection Court continues to operate as it did before - as a mediator to any and all tech raids against unaligned nations on the Red Sphere.

On August 11, 2009, pursuant to Pacifica's commitment to work with other alliances on the Red Sphere for the defensive and economic betterment of the whole, the New Pacific Order became a pending signatory to Red Dawn, the first Red Sphere Unity Treaty. Within the Red Dawn charter, Article II Section B made note of the continuation of the Red Protection Court, where help would still be given to those unaligned. Allegations have been made that Red Dawn serves only as a mechanism for Pacifica to continue dominance of the Red Sphere and several alliances residing in this sector have refused to become signatories. After the end of surrender terms, the NPO became a full signatory of Red Dawn on 20 May 2010.

The doctrine is sometimes referred to as Red Number 5 because of its similarity to the short-lived FAN-GOLD doctrine, Yellow Number 5. 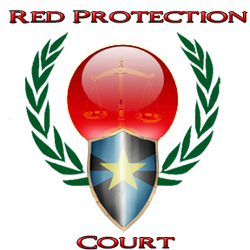 To request help under the Revenge Doctrine, nations must come the NPO forum (link below) - specifically look under the Red Square - and file a request in the Red Protection Court. Nations must meet following criteria:

If you meet all the above in bold, then you can be sure your case will be heard by a member of the Military Command of the New Pacific Order.

Reparations (money to make up for raid) are not guaranteed

Retrieved from "https://cybernations.fandom.com/wiki/Revenge_Doctrine?oldid=522729"
Community content is available under CC-BY-SA unless otherwise noted.