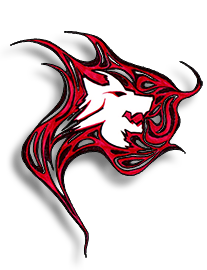 Rayvon is the ruler of Kindred Nation; former Chancellor of Oasis, former Lord of Viridian Entente, former Triumvirate of Ordo Verde, founder and former Quadrumvir of Symphony. The Kindred Nation currently resides in the New Sith Order where Rayvon is Emperor incumbent.

Kindred Nation was first founded October 26, 2006 on the Black sphere where it sat unaligned for the first week of existence. Several days later, an invite from Silent Spitfire led our way to the halls of OASIS where the Kindred quickly rose to leadership status seeing Rayvon placed as the second Chancellor of Oasis behind its founder Balthazaar Badger (shortly thereafter, to abolish the central head and place a leading council known as 'The Alumni Council'). Unrest, indifference and a desire to explore; we soon found ourselves in search of a new home [1].

Shortly hereafter, in February 2007, Rayvon found his way to the Viridian Entente, a group whom he came to learn of and work with through various foreign gaffes and incidences at Oasis. Quickly welcomed, Lord Egore soon appointed Rayvon to the position of Minister of Finance with a seat on Parliament. Tenure of this position was relatively quiet, serving the Entente through to disbandment [2].

With the Viridian Entente disbanded, the Kindred in search of a new home followed an other-worldly friend to The Darwin Alliance for a brief tenure. Departing as their merger into -AiD- began, to join former Viridian government members at Royal Dominion

Kindred Nations security cam image of a Kindred citizen, in the SurenGal capitol, feasting upon the heart of an invasive /b/tard, captured the early hours of the morning after 'Dark Friday'.

A revival of an old Ivan Moldavi quote that pre-dates the Sith existence, but fit the bill perfectly during the PB-NpO/DH-NPO wars as the Sith were sitting tight between our both our close and wayward brothers for this one.

An announcement header made for Iron Curtain, only received one official use as it was a pretty quiet bloc.

Never did actually decide this was 'finished,' however I've also not returned to it in quite some time. Just for fun.

Self-explanatory. Was made during [Kaskus-NSO_War].
Add a photo to this gallery
Retrieved from "https://cybernations.fandom.com/wiki/Rayvon?oldid=503502"
Community content is available under CC-BY-SA unless otherwise noted.