A humorous slant on non-existent news stories written by Random Insanity Alliance members! We're doing our best to entertain you, but we need your help! We need your government's permission to make fun of you! So I want alliance leaders all across Bob to post here (or PM me) that you're cool with us most likely insulting you, making fun of you in some way, and/or calling you names. I may also come to you if I really want to do a story on you, but I'd appreciate you just giving me permission anyway. I (DTMB) won't be the only writer forever, but for this one, I wrote everything you see here.

I really am up for suggestions on format, and if anyone has suggestions for stories or wants to write, you'll have to PM me with your stories (not recommended) or sign up on [www.boards.rialliance.net] (our boards). Without further adieu, here it is, RI news!

Unlike to the baby eating of the New Pacific Order, Ragnarok's new invention prefers the slightly older, thicker-muscled, less soft meat of the 4-6 year old children it recently devoured. The fourteenth precinct's captain commented: "I've never seen anything like this in my life, it seems like it came through that window and just laid waste to the entire daycare center." This isn't the first time crime has hit Ragnarok's part of town, the Gerbil Infestation Of 1985 is still fresh in everyone's mind, Hoo's arrival of course mysteriously caused the disappearance of those gerbils, but the carnage that ensued before he arrived will most likely not be forgotten for decades.

ChairmanHal gave some specs of the machine: "Basically it's a big pikachu with lasers. We had to add lasers. It's kinda self explanitory. Kids like pikachu, pikachu likes kids, it's a win win, except then pikachu eats the kids." Some say that this crusading pikachu is a good sign for the community, RIA's own Dester55 felt that "those darn kids won't get off my lawn, I'm glad to hear they were brutally slaughtered, I didn't have to waste any of my nukes." When I told him he didn't have any nukes, he proceeded to run around his lawn tearing up grass and dirt looking for his nukes, screaming things like "holy <censored> batman!"

This could be the first time in history that someone out-does NPO in terms of underage-targeting "atrocities."

Pikachu in action seen here, lasers are hidden. Can't let them know you got lasers.

Wait, when did it start? Well...never mind then. I thought there was a war. What fun is it if there's no war? Someone fix this.

In an unprecedented act of stupidity, RIA'r JuggaloJac left his house today at 12:30PM, one of the brightest moments of the day, and (not surprisingly) instantly died. Later that night RIA investigators checked his corpse and found multiple "What it's like outside" books. Delta1212 responded to the accident by banning all books that have any pictures of what it looks like outside to eliminate curiosity amongst the RIA youth. This caused speculation from outsiders as to whether we are vampires or "sum'm like dat." I assure you, we just stay in playing CN/defcon/starcraft/WoW/FALLOUT 3(In stores now!) all our lives, and thus our skin has lost all photonic resistance, and all of our vital organs on contact with the sun are mutated to the degree at which they no longer function.

RIA researchers have been working on solving this with something less...sexually ambiguous...as an umbrella, but thus far they have had no luck. Their latest prototype, the "Sunblock 90046", was a suit of lead. While it did protect the tester from the sun, as soon as he got in it and they welded it shut, they realized they "ain't no tony stark" and he had no way of walking or moving at all, and died of heat exhaustion. Luckily he was one of the hundreds of forum-inactive RIAers, so nobody really cared. Might as well have been a red-shirt ensign.

Latest satellite imagery of what the sun is up to has produced this stunning photograph: 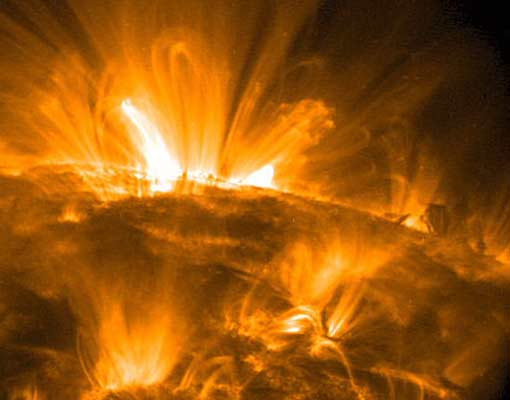 Not really sure what it means but I'm sure it's trying to kill us all.

The Story of DrunkWino and the Triforce of Drunk pt.1Edit

The nation of Bourbon was small. For decades, it had been lead by a small corrupt oligarchy of pushed animal manufactures. One of the employees of one of these companies was a man whose name has been lost to the sands of time. Who he became has become the thing of legend.

This man, one day, found himself board out of his mind. Every day the same monotony threatened to suck his soul into an abyss of utter dismay. The routine never changed and that was the worst of it. Same clothing, same meals, same repetitious job; it was too much for any to bear. The man sought solace in a local bar, "Brees Bar." It was there that he sampled many different liquors, wines and beers. It was in this Bar that a grizzled old drunkard told the same story night after night. The story of the long lost Triforce of Drunk. One day, our hero finally listened...

It is a glorious day in Jerna City. Shops and retailers are closed for the day, and many of the streets are blocked off in order to accommodate for the festivities. Music is blaring out from apartment windows, beer is flowing, and the national drink, Irish Pumpkin Spiced Latte Espresso Frappuccino Liquor, is flowing down everyone's gullet. Balloons, parades, and speeches can be seen and heard everywhere. What's the occasion? Jerna City, and the rest of its international allies in the Children of Ra, a small but funky little alliance, are celebrating their New Year.

What is particularly odd about this New Year celebration is that the old year ended a mere 100 days ago. That's a year that lasts 100 days, instead of the typical 365-day year that the rest of Planet Bob celebrates (our New Year's is on January 6).

Jernaites and the rest of the citizens that inhabit the Children of Ra believe that the world was created over the span of 100 days. According to "Raism", the belief in the divine entity of Ra, their gods went through a period of creation in the course of 95 days, bickered for 5 days, and then started something new on the 101st day. A day in the life of creation might look like the following:

New Year celebrations are usually loud and noisy, and marked by traditional ceremonies of people dressing up like Pikachu's, and making sacrifies to their gods. Arrnea, the ruler of Jerna City, had this to say of the festivities:

"People sometimes get carried away, but who can resist free Irish Pumpkin Spiced Latte Espresso Frappuccino Liquor? It's delicious. Here, why don't you try it?"

Festivities are scheduled to continue throughout the day, and well into the evening. The day after is usually marked by an increase in consumption in tum-tums, and other anti-acids, and well more than half of the students are absent from school, due to hangovers. However, they have a full 99 days to recover before the next New Years. For more information on the funkiness of Jerna City and their wacky calendar system, feel free to contact Arrnea of the Children of Ra.

In recent weeks the RIA has been acting VERY strangely, as an outsider looking in I may be one of the few people around able to speak with full sentences. It first struck me when my title-writing staff gave me the cry for help you see above. There are very few outside signs, because we still have an average daily change of 0.00 in the famous (and amazing) race for a sanction. Local doctors were assigned to treat our seemingly randomly occurring insanity but patients left the hospital unchanged, and doctors left the hospital doing any number of things from cartwheels to screaming "I thought they were just two lesbians, and then, OH GOD! OH GOD NO, DON'T EAT IT, OH GOD!" This leads me to believe it is highly contaGious. While I cannot affirm any single diagnosis, I can confirm that even while keeping my distance I have noticed a slight discrepancy in my ability to form complete thoughts that are not somewhat skewed. Even as I write this I feel the unending advances of the self-described Random Insanity Syndrome. But then again who really needs waffles anyway? My cats have yet to pitch any cables tomorrow night. Tell my wife I love waffles FOR I FEAR I may never SEE HER fly a kite.

WAIT THIS IS RANDOM OR SOMETHINGEdit

I WAS EXPECTING SANITY
Serious Business Clarification: this newsletter is simply for the purpose of opening our culture up to the CN community.

Are you on the ball?Edit

Are you on the ball?
GET ON THE BALL
It's new RANDOM INSANITY

! So easy, even your kids can do RANDOM INSANITY

works perfectly, don't worry about it. But I'm not done yet RANDOM INSANITY also has its own line of

falcons! What the heck is an

falcon, you might ask? Well, that's for you to find out! But I can guarantee using it is just like riding a train full of zombie babies into an aircraft carrier, and the aircraft carrier is on fiiiire....! And you get both of these for low low price of only 20 bottle caps! Leave your Iguana Bits at home! But wait, THERE'S MORE! Show up at the store in the next 24 minutes, and I'll toss in the patented RANDOM INSANITY

bobblehead transmogrifier ! Found a bobblehead that SHOULD raise your intelligence, but you were smart and started with max intelligence? NO MORE, you slam that thing in the RANDOM INSANITY bobblehead transmogrifier (we call it a "cardboard box) and it'll come out a brand new...something else, whatever you want it to be! It works with your imagination! (Not compatible with all imaginations, check your imagination provider for details) Are you on the RANDOM INSANITY

ball? If not, make sure you get on the RANDOM INSANITY

The bestabuloustest member of RIA since James Brown...
this is his avatar:

Fellow person(s) who belongs to a group of people of the glorious Lack of order, purpose, cause, or predictability in non-scientific parlance behaviour influenced by mental instability agreement between two or more parties.

It has come to my selective concentration that the glorious Lack of order, purpose, cause, or predictability in non-scientific parlance behaviour influenced by mental instability agreement between two or more parties does indeed possess a digital asset that is hosted on one or more web servers, usually accessible via the Internet chronicling us!

However, it is vastly underdeveloped. Being the intellectual I am, I have already completed the area designated for myself (See my text automatically appended at the bottom of an e-mail message, Usenet article, or forum post for details) and it's time for you to do the same!

Yeah, that's pretty much Elijah. If only he posted moar. Want to see more of Elijah? Read the next issue!

You can't stop the RoKEdit

Shake that gerbil baby, can't stop the rok! (repeated)
Come merge me merge me
Dancing like that Delta, into the peace-mode

Down and dirty baby

Shape the rok like Dester-the-HoR
Van Hoo at the waterhole, come on! 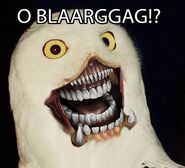 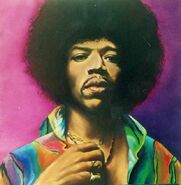 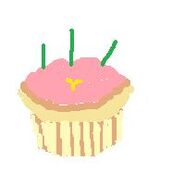 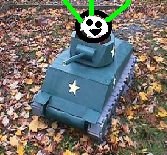 Swat
Add a photo to this gallery
Retrieved from "https://cybernations.fandom.com/wiki/Random_Insanity_News?oldid=432006"
Community content is available under CC-BY-SA unless otherwise noted.