President Brandon Jr was born December 15, 1990 under the original Soviet Union before it officially broke up in 1991 but when it reformed in 2007 under then president Brandon Senior. Brandon Petrov Jr has was always out exploring new things, and loved to ride in his fathers military stuff. He also loved hanging around the palaces. He was always seen in either his formal Military Uniform inside The Palace and Father's special events but was also seen in his Camo Uniform.

Supreme Soviet President Brandon Jr is 20 years old likes to read and spends most of his time with his family making sure they're well taken care of, since he believes family is everything. He does not have a wife or kids at the moment.

President Brandon JR lives in Main Palace of the kingdom. But during the hot summer the Supreme Soviet goes to the summer palace with his wife and two children. If it happens to be the cold time of the year, he moves down to Italy Palace with his family.

To People He Is Known AsEdit 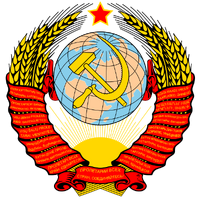 President Brandon Jr came to power upon his father's illness as of March 20, 2011 He Is Now the President Of The Soviet Union

Retrieved from "https://cybernations.fandom.com/wiki/President_Brandon_JR?oldid=504020"
Community content is available under CC-BY-SA unless otherwise noted.