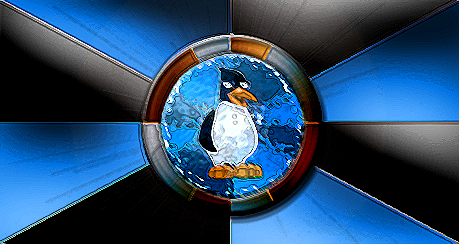 The Penguin Republic is a tiny, under developed, and new nation at 2 days old with citizens primarily of Japanese ethnicity whose religion is Islam. It is a backwards nation when it comes to technology and many refer to it unkindly as a 'Third World Nation'. Its citizens enjoy freedom from high taxation and as a result tend to earn more money. The citizens of Penguin Republic work diligently to produce Rubber and Furs as tradable resources for their nation. It is an aggressive country that some say has an itch for war. When it comes to nuclear weapons Penguin Republic will not research or develop nuclear weapons. The military of Penguin Republic has been positioned at all border crossings and is arresting all drug traffickers. Penguin Republic allows its citizens to openly protest their government, even if it means violence. It has an open border policy, but in order for immigrants to remain in the country they will have to become citizens first. Penguin Republic believes in the freedom of speech and feels that it is every citizen's right to speak freely about their government. The government gives foreign aid when it can, but looks to take care of its own people first. Penguin Republic will not make deals with another country that has a poor history of inhuman treatment of its citizens.

it was way back to the dawn of the new century, when a group of high-profile exiled Japanese crazy researchers fled aboard a submarine for the glaring white landscape of Antarctica. Amongst them they set up a futuristic colony, and engaged the penguins in Antarctica. After coexisting for several centuries they started to breed together, resulting in the formation of a new race called the "Japanguins", who live exclusively in the Penguin Republic.

it recently came under theprotective arm of the New Pacific Order. Although Penguin Colony is based in the South Pole, it joined the pacific order as the Japanguins felt emotionally closer to the lush pacific island of Japan than the harsh landscape of Antarctica.

Retrieved from "https://cybernations.fandom.com/wiki/Penguin_Republic?oldid=465307"
Community content is available under CC-BY-SA unless otherwise noted.