Parliament of the Viridan Entente

This information has been consolidated to Viridian Entente Government

Parliament is the appointed Legislative body of the Viridan Entente. It consists of Secretaries for each Department and the Duke. Those Departments are: State, Defense, Interior and Economics. Upon resigning, most Parliament members are given the status Minister of Awesome, where they remain in an advisory role. 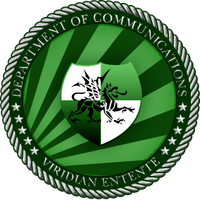 Department of the Interior[] 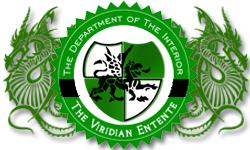 The Department of the Interior is responsible for the recruiting, processing, training, discipline, and management of members of the alliance. The Secretary of the Interior is responsible for keeping Entente members informed, investigating violations of the Charter and alliance policies, dealing with all matters and policies that pertain to the membership of the Entente, and the expansion and refinement of the community. The Secretary of the Interior may discipline any nations found to be releasing private information to outside parties, or those who are deemed to be acting in a manner detrimental to the Entente.

The Department of Defense is responsible for coordinating war efforts and educating Entente members on the practices of war. The Secretary of Defense acts as the Chair and Head of The Entente’s Army, and is responsible for gathering and organizing intelligence on the various alliances of the Cyberverse to ensure the security of the Entente. 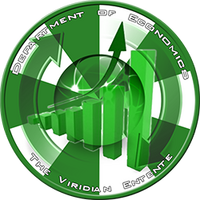 The Chancellery is responsible for overseeing diplomatic relations with foreign alliances. Consists of 3 chancellors who share a single vote.