The Pact of Redundancy Pact is a Mutual Defense and Optional Aggression Pact between Commonwealth of Sovereign Nations and Through Yggdrasil's Roots. The treaty was announced on the 6th of October 2009. The treaty's purpose was to bring TYR out of protection by upgrading their protectorate status. The treaty is announced on the forums, here

Even though they are moving out of their protectorate/ODP status with CSN and Angelite respectively, TYR would still like to profess their general love for Angelite, and their common affinity for violence and radioactivity. We all hope they continue to share these pastimes well into the immediate future.

The signatories of this agreement pact hereby recognize that an aggressive attack on either signatory is considered an attack on both. In such an event, both signatories agree to militarily and financially support one another by providing military and financial support.

The signatories of this treaty are not required, but encouraged to optionally assist the other signatory in any aggressive actions against a third party at their own discretion.

If either signatory ever finds this agreement to be too redundant for their tastes, they shall be required to give the other signatory 72 hours' notice prior to cancelling

Commonwealth of Sovereign Nations,
Goose, Hater of Huggles, and Old Man with a Cane
Allied_Threat, Grand Patriarch, Swordmaster, Preacher of Warmonger, Slayer of Infidels, Doer of Your Mum.
wickedj, Minister of Foreign Affairs, "i am not creative enough to have a witty sig"
GinoTheRoman, Minister of Interior, Founder of the Commonwealth, Destroyer of Ignorance and Stupidity, and the Italian Michael Jackson.
Signed, CaptainImpavid, Minister of Defenstication, Ghost in the Machine, The Feaster from Afar. 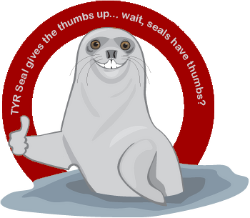 Retrieved from "https://cybernations.fandom.com/wiki/Pact_of_Redundancy_Pact?oldid=433747"
Community content is available under CC-BY-SA unless otherwise noted.