The One Big Happy Family Accords is a maroon team senate and anti-aggression pact announced on 12th September, 2014. It ceased to exist on the 16th February, 2017.

It is recognized that Maroon alliances are a markedly diverse amalgamation of alliances with a wide ranging set of ideals and beliefs. Because of this, it must be reinforced that all signatory alliances retain sovereignty and are distinct from the collective as represented by this treaty.

The free trade of resources, money, & technology between members of the family are encouraged to the benefit the sphere as well as each other. Family members and their respective members agree to remain civil to each other at all times, especially in public forums. Furthermore, they agree to resolve all conflicts with other family members through the use of diplomacy and affirm their dedication to avoiding conflict within Maroon. No signatory alliance shall raise arms against a fellow signatory. This agreement does not, however, supersede the activation of any mutual defense clauses within any other agreements that a signatory may hold.

The family members may amend these accords with the agreement of every other member of the family.

Alliances with over 50% of their membership on maroon may announce their intention to join to a family member at any time. That family member shall bring up a discussion to the others regarding the potential entry. A vote shall be held and at least 75% of the signatories must vote in favor for their entry to be approved.

Alliances wishing to leave the family should give 48 hours notice privately to each other family member before leaving. In addition, if the percentage of maroon nations in a family member drops below 50% then they are automatically considered withdrawn after 48 hours.

For the Coalition of Royal Allied PowersEdit

For the Global Order of DarknessEdit

The Even More Part Timers (Conclave)

Albeit with some distaste of the word happy 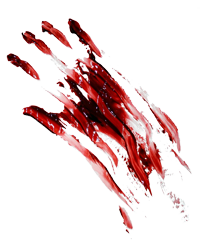 For the Seaworthy Liberian Cardboard BoxesEdit

For The Congolese Soukous SocietyEdit

For the United Sovereign NationsEdit

Retrieved from "https://cybernations.fandom.com/wiki/One_Big_Happy_Family_Accords?oldid=519337"
Community content is available under CC-BY-SA unless otherwise noted.