Nyxsonia was founded on March 30, 2011, by a small group of American refugees after the devastating 9.0 magnitude earthquake that destroyed much of the eastern coast of Japan. Located partially underground.

Nyxsonia is a tiny, under developed, and young nation with citizens primarily of Caucasian ethnicity whose religion is Christianity. It is a backwards nation when it comes to technology and many refer to it unkindly as a 'Third World Nation'. The citizens of Nyxsonia work diligently to produce Rubber and Marble as tradable resources for their nation. 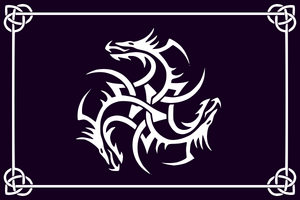 Nyxsonia applied for membership to purple alliance Valhalla on March 31, 2011, less than twenty-four hours after her creation.

Retrieved from "https://cybernations.fandom.com/wiki/Nyxsonia?oldid=480535"
Community content is available under CC-BY-SA unless otherwise noted.