This used to be the copied + pasted text from Njebooro's Nation Display Page. The Regent disapproved of such slack-hackery, and had Supreme Magistrate Njero decree that if nothing original could fill this space, then nothing could fill it at all. . . .

Except, one might suppose, for these two particular paragraphs.

The Regent of Njebooro is the head of Cabinet, and and holds three of the nine Cabinet votes. He is ultimately responsible for all approvals of policy during his tenure, and is therefore subject to strict ethical, psychological, and experiential scrutiny when selected for the position.

The Supreme Magistrate of Njebooro is the mouthpiece of the Regent, and his bureau—the Magesterium—is charged with all national and international communication of government process and policy. The Magisterium has been led since its inception by Supreme Magistrate Njero, a well loved—if sometimes controversial—hero of the Formation Wars.

Seals of the Supreme Magistrate - Past and Present Edit 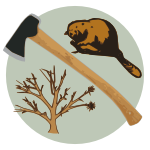 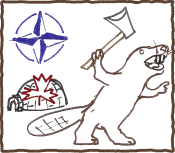 Third Magisterial Seal
Add a photo to this gallery

It has long been rumoured that the Regency is nothing more than a political front for the Magisterium. It is notable that despite the position of Supreme Magistrate being an appointed one, the same person has filled the role since the Dominion's inauguration.

Conspiracy theorists also enjoy pointing out that all announcements of policy come from the Magisterium, and few people are actually aware of the identities of those on Cabinet, nor who amongst them serves as Regent.

At it's formation, the Dominion was formed solely by what is now the province of Dominus. As Njebooro expanded it's area of influence through political and militaristic means, the Dominion was subdivided into provinces for more effective regional governance. Dominus and Sablonace were formed on April 22, following the nation's rapid expansion during the post-GWIII chaos.

Intense industrial and technological development in mid 2007 led to the annexation of numerous small city-states to the south, and the third province, Vierga, was established to consolidate control of the souther territories on July 31, 2007. Over time, Vierga has expanded southwards along the coast as more and more of the region's city-states opt to join the Dominion. The province is unique among its peers in that it is the only Njebooran province that did not rise as the result of military action. Because of the region's peaceful past and primarily financial and service sector contributions to the economy, its inhabitants are often derided as hippies and pencil pushers by their more northerly brethren. Viergans and Maghrébites seldom associate, given their extreme differences of opinion on warfare and business education.

NATO's involvement in Great War IV began another period of expansion for Njebooro, this time providing an opportunity to extend the borders of the Dominion to the north. Conflict with the GOON tribes in that area had been a concern for some time, and when the nations of Jaimieland, South Severn, and brownpower went to war for the Unjust Path the Njebooro immediately engaged them on all fronts. The longstanding military tradition of the citizens of Dominus and Sablonace, backed by the economic clout of Vierga, proved too much for the three northern nations. Despite their own military prowess the GOON nations were soon overpowered, and following their defeat the new province of Maghrébi was formed.

Under Njebooro's monarcho-capitalist governance model, national holidays do not have the same significance for the largely deregulated labour force as they do in most other countries. However, certain dates are officially recognized for their national significance, and most industries choose to use them as a baseline for cross-workforce holidays.

Retrieved from "https://cybernations.fandom.com/wiki/Njebooro?oldid=463636"
Community content is available under CC-BY-SA unless otherwise noted.