The New Pacific Order (NPO) is the number one alliance in Cyber Nations, and is the largest and only sanctioned Red team alliance. NPO remains one of the premier alliances in Cyber Nations since its founding in January 2006. Founded from the teachings of Francoism, the New Pacific Order made significant advances in all aspects of alliance organization, including economics, diplomacy, internal organization, propaganda and communications, and defense.

The official sanctioned name of the alliance is the New Pacific Order, but it is also known as Pacifica or simply The Order. Its members are commonly known as Pacificans and collectively are referred to as the Body Republic. The culture of Pacifica is unique unto itself, having developed from its roots in NationStates and evolved to the current state of the Order today. Throughout CN's history the fervor, loyalty and discipline of its membership are well known throughout the Cyberverse.

The New Pacific Order has a rich and powerful history. The Order originated in NationStates after the August Revolution of 2003 led by Francos Spain. It is one of the oldest alliances in Cyber Nations; it was founded on January 27, 2006 by eight members of the People's Republic of the Pacific from NationStates aiming to spread the word of Francoism to another gaming universe.

The NPO quickly made a name for itself as a successful military oriented alliance with a succession of victorious wars in the first half of 2006. They destroyed their first rival NAAC, a blue team alliance, and colonized blue with the founding of their sister alliance, New Polar Order (NpO). That summer both Pacifica and the New Polar Order fought most of the alliances in the Cyberverse, called the CoaLUEtion, in what the NPO still calls the Great Patriotic War which resulted in an apology from the NPO emperor, Ivan Moldavi. After the Great Patriotic War Ivan stepped down as emperor and appointed Dilber as his replacement in Septemeber 2006. With Dilber in charge, Pacifica gained considerable political clout by signing many mutual defense treaties with other alliances and creating the powerful Initiative bloc. In January 2007, shortly after Great War III, Dilber resigned and his regent, TrotskysRevenge (aka Moo), was appointed the third emperor of the NPO.

Moo was in charge of NPO for two years through what many perceive to be the height of NPO's power. Pacifica was at the forefront of the global powerhouse called The Hegemony, which effectively dominated global politics from 2007-2009. Global dominance was maintained through overlapping Mutual Defense blocs such as One Vision and the most powerful bloc in CN history, the Continuum. The downfall of the Hegemony came after they lost the Karma War in the spring of 2009. Soon after the Karma War, Moo stepped down and appointed Cortath his replacement. In the aftermath of the Karma War the NPO remained isolated from much of the cyberverse while under the Karma surrender terms until Pacifica fulfilled the surrender terms on May 20, 2010.

The continued isolation of the NPO afterwards led to a disastrous defeat in the four-month long Doom House-NPO War by many of the same alliances that fought against NPO in the Karma War. In the midst of the DH-NPO War, Cortath appointed Mary the Fantabulous as the next emperor of NPO. After the war ended, Mary, along with the rest of NPO's government, went on to repair the image of Pacifica abroad to overcome the isolation NPO had endured for over a year; ultimately their efforts were successful. In the winter of 2011, during the Grudge War, the NPO declared their first offensive declaration of war in two years and won their first global war in two years at the same time. After the war, Mary stepped down and appointed Brehon as the next emperor. Brehon continued with an aggressive foreign policy and NPO signed over ten treaties in 2012 alone. Brehon led NPO through two global wars before stepping down in April 2013 after a year of leading Pacifica; he appointed Farrin as his successor. Farrin remained Emperor for almost a year, until in early 2014 he appointed Letum his successor.

To become a member nation of the New Pacific Order, a nation must be a member of the Red Team (or receive an exception by merit of seniority in an external trade circle) and uninvolved in any wars or aid transactions with belligerent powers. After a candidate posts an application, the applicant is asked a series of questions concerning temperament, ideals, and what he or she wishes to get out of the Order, by any member of the alliance. Depending upon answers and activity, applicants are either accepted or rejected on a case by case basis by the Praetorian Guard staff.

Successful applicants then enter the academy, where they are taught the basics of Cyber Nations and Pacifican Culture. A comprehensive final exam is required for all NPO applicants in order to achieve full member status. Extensions to the exam may be granted on a case by case basis.

Below the Regent are the Imperial Officers (or, simply, "IOs"). These Imperial Officers assist with the running of the departments of the alliance to ensure that the New Pacific Order continues to maintain a dominate position in the cyberverse.

Pacifica's Military Command organize and lead NPO's Battalions during wartime. During peace time they prepare NPOs defenses against threats that arise. Battalion Lieutenants are the Pacifican soldier's first point of contact within the military when a situation arises. Lieutenants run their individual Battalions day-to-day operations. Above the Lieutenants sit the Colonels and General of the Pacific Army, the last step in the chain of command before the Imperial Officers.

The mission of the Praetorian Guard is to protect the New Pacific Order and the Pacifican way of life from those who would choose to harm the alliance. Praetorians work to correct both allegedly innocent misapplications as well as apprehend and expose impostors, spies, pirates, and plotters with the specific duties of the Praetorian Guard constantly reshaping and expanding to meet the needs of the Order. The Praetorian Guard also is the institution that recruits and screens applicants, determining which applicants may enter the alliance. Once an applicant is accepted into the Order they are considered a cadet, and they are only fully accepted as members of the Order when they pass the exam.

Previously a department of its own, Media is now a community section that where creative members of the Order can produce graphical work such as signatures, avatars, videos and speeches as well as writing works to spread news and interesting information to all of Francograd.

Previously Pacific Financial, Economic Affairs is now overseen by the High Command of the New Pacific Order. Economic Affairs manages both the cash transactions and technology procurement for the benefit of the alliance. It regularly sends out hundreds of millions of dollars in foreign aid to New Pacific Order members and allies as well as tens of thousands of units of technology to Pacifica's high-tier nations in order to increase NPO's military might. 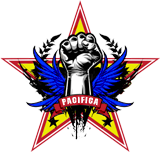 A popular NPO forum avatar used during the DH-NPO War.

A popular NPO forum signature used during the DH-NPO War. 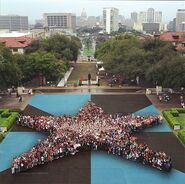 Retrieved from "https://cybernations.fandom.com/wiki/New_Pacific_Order?oldid=524761"
Community content is available under CC-BY-SA unless otherwise noted.