Necoho is a long serving member of the New Pacific Order, and an Imperial Officer of Foreign Affairs.

Necoho joined CN in December 2008, his first nation was called Necohota. Necoho retired that nation and created Margate in February 2009. Necoho was a prolific member of TORN, joining them in December 2008, until his leaving in November 2009. During that time with TORN he became Representitive in August 2009, and Triumvir of Internal Affairs in September, a post he held until he left TORN. In the summer of 2009, TORN was in crisis, and Necoho was one of the people who re-wrote it's Charter. Necoho also served as an unofficial Foreign Affairs Minister, revamping the department, and re-organizing it. Necoho was in charge of the TORN Anubis Regiment (the NPO equivalent to Alpha Battalion), and was first a member, then in charge of TORN's Admissions Council. Necoho played a role in every single TORN Department except Finance.

Necoho applied for NPO membership on November 11 to 12 2009. During his application procedure, Necoho has been asked by Contra if he were aware of the fact that NPO was under surrender terms as a consequence of the Karma war. Necoho's responsed by saying: "I joined knowing so and have no issues with it." He also revealed that he has been "lurking around" Pacifica's forums for quite some time "considering joining". Moreover, Necoho narrated frankly: "The culture and dedication that the membership show for this alliance is so far beyond what I have previously experienced. It is beyond commendable. It is beyond admirable." Regarding his definition of honor, Necoho stated: "It is honorable to serve where one can serve best, and in my case, I believe it to be the New Pacific Order." His application has been approved by Farrin Xies, ruler and founder of Farrin Free States and member of the Academy of the New Pacific Order. Ready, able and willing to do his part for NPO, Necoho found an alliance with solid organization, a fulfilling camaraderie and a proud, distinguished history for what reason he called Pacifica his new home soon.

First Successes and Occupations over TimeEdit

After he successfully joined the NPO, Necoho started his career with the Diplomatic Corps and was instrumental in setting up the Red Team outreach program, speaking to other Red team alliances and befriending them. Necoho also joined the Media Corps of the New Pacific Order.

Necoho resigned his post in the Media Corps as a scribe. In this role he wrote a guide on how to write poetry and also posted some poetry of his own, certificating his literary and musically skills.

His current occupations are those of a Diplomatic Special Envoy, a Tactical Analyst, a Pratorian Guard and a Professor of the Imperial Academy of the New Pacific Order where he teaches the next generation the values and history of the Order.

Furthermore, Necoho held a position as Councilor triply, liasing with The Body Republic of Pacifica. After Necoho has been asked which moment he considers the most memorable one, he replied cordially: "When I was elected Councilor with the highest percentage of votes the first time. It showed that Pacifica wanted and respected me, even though I had just made the minimum membership requirement. I remember Bilrow said, 'seems like you've been around forever'."

As Necoho himself states, after being asked what people were the most influential to him within Pacifica:

Necoho was a long serving member of Pacifica's Military Intelligence. Serving to the utmost satisfaction of his superiors, Necoho was promoted from a Tactical Analyst to a Cryptographer on September 13, 2010.

One of Necoho's favourite occupation during his time was that of being a Praetorian Guard of the New Pacific Order or to use his own words: "I just love being the avant-garde of Pacifica."

On October 25, 2010, Necoho was appointed Centurion of the Praetorian Guard due to his unprecedented devotion and the abundant merits he had rendered to his task in the past.


As a Diplomatic Special Envoy, Necoho oversaw several ambassadors. It was his responsibility to ensure that they were keeping in contact with their assigned alliances and that the Diplomatic Corps kept the face of Pacifica alive and well to Planet Bob.

In his speech to the Body Republic, newly appointed Imperial Officer of Foreign Affairs Farrin declared: 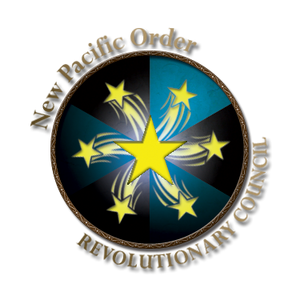 In March 2010, Necoho gained a seat on the Council Pacifica. As a Councilor his primary duty was to represent the Body Republic by building and maintaining relationships with members, answering their questions and acting as an accessible, available authority figure. Councilors were an important link between the Imperial Leadership and the Body Republic, communicating with every group in the New Pacific Order.

Necoho's first full-scale war while a member of NPO was the Doom House-NPO War. He has also taken down many rogues in his service to Pacifica.

Retrieved from "https://cybernations.fandom.com/wiki/Necoho?oldid=510075"
Community content is available under CC-BY-SA unless otherwise noted.