Helios is a growing, somewhat developed, and maturing nation with citizens primarily of Jewish ethnicity who follow no religion. It is a backwards nation when it comes to technology and many refer to it unkindly as a 'Third World Nation'. Its citizens pay extremely high taxes and many despise their government as a result. The citizens of Helios work diligently to produce Marble and Gems as tradable resources for their nation. It is a mostly neutral country when it comes to foreign affairs. It will usually only attack another nation if attacked first. When it comes to nuclear weapons Helios will not research or develop nuclear weapons. The military of Helios has been positioned at all border crossings and is arresting all drug traffickers. Helios allows its citizens to protest their government but uses a strong police force to monitor things and arrest lawbreakers. Its borders are closed to all forms of immigration. Free speech is considered taboo in Helios. The government gives foreign aid when it can, but looks to take care of its own people first. Helios will not make deals with another country that has a history of inhuman treatment of its citizens.

This is Morey's second nation; his first, Mortropia, was deleted when he was overwhelmed with RL commitments.

Morey's first alliance was the Democratic Republic of ArgoNaut (ArGo). Morey flourished within the alliance rising from the membership through the Finance department and eventually taking the helm of the alliance and leading it. The tough decision was then taken by Morey and his fellow government members (triumvirate and ministers) to merge the alliance into Viridian Entente as it was felt that the alliance would go into a decline with several key members not having the time to commit to the alliance any longer.

Morey became a member of the Viridian Entente when ArGo merged into it.

Morey knew about the New Pacific Order from the time with his previous nation; he always admired the NPO for what it stood for and for its achievements. Returning to Planet Bob with a new nation and a clean slate, he saw the opportunity to become a member of the NPO. Morey received a message from Babyslate08 and decided that the NPO could provide him with a lot of opportunities and allow him to enjoy the game again.

Morey applied to the New Pacific Order on June 24, 2011. After a detailed and active application process, his application was approved on June 28 by Brucemna. Morey completed the academy exam the next day.

Morey's favorite department is currently the Recruiting Corps. He enjoys the teamwork within the department and the ability to greet new nations with invitations to join the Order. Morey has had many interesting discussions with new players, whether they joined the NPO or not. Morey's most memorable moment in the NPO so far is the recruiting competition held among the NPO, R&R, Invicta, the Imperial Order, and the Phoenix Federation. NPO took an early lead, but TIO and R&R quickly caught up, which led to a nervous and exciting last few days, ending with the NPO winning by only four applications.

So far, the person who has had the most influence upon Morey in the NPO is Brucemna. Morey works with Bruce in both economics and recruiting.

Currently, Morey wishes only to continue serving the Order however he can and proving his worth to the alliance. As for his nation, he plans to continue growing, with the eventual goal of having nuclear weapons.

Morey is currently an Auditor for the Department of Economic Affairs; as such, he oversees a team of procurers to ensure that their aid slots are being used effectively, to act as a point of contact between Procurers and Economic Affairs leadership, and to address any issues that may arise. He is also a Procurer, selling technology for the alliance.

Morey is a Recruiter in the Recruiting Corps. RC communicates with unaligned nations both new and old to inform them about the New Pacific Order and to invite them to join. Morey enjoys seeking out future comrades. 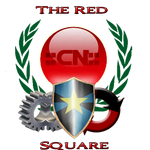 Morey is a Market Specialist for Red Services. Market specialists oversee and moderate the Technology Market within Red Services on a daily basis.

So far, Morey has only participated in one war for the Pacifica, the Fark-NPO War. He also fought the rogue nation Tengolotuyoland for ghosting NPO. War was declared on July 11, 2011, and it was an easy battle for Morey as the target did not fight back. Morey enjoyed the opportunity to play with the war system.

Morey is currently a member of the Ghost Squad in Delta Battalion.