Introduction to the Ministry of Internal Affairs Edit

"Jack of all trades, master of none, though oftentimes better than master of one."

Montosh of Montosh was appointed to the position of the Charge d'affaires with the Ministerial decree Ad tuendam fidem on October 26 2013.

There are currently 9 Directors or Deputy Directors serving on the Internal Affairs Cabinet. The Cabinet is chaired by the current Charge d'affaires Montosh of Montosh.

Seals of the Minister, Deputy Minister and Chargé d'affaires Edit 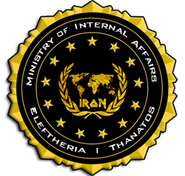 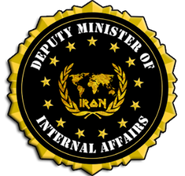 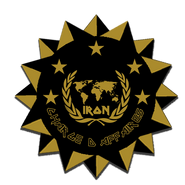 Cd'A Seal
Add a photo to this gallery

Internal Affairs Cabinet of the Independent Republic of Orange Nations

Retrieved from "https://cybernations.fandom.com/wiki/Ministry_of_Internal_Affairs_of_the_Independent_Republic_of_Orange_Nations?oldid=513851"
Community content is available under CC-BY-SA unless otherwise noted.