Ministers are the heads of the ministries, and are nominated by the President and approved by both houses of the National Assembly. This causes many ministers to either come from the dominant party in the federal government, or be more moderate in their nature.

Currently, because of the current President's lack of a political party, there are a number of parties represented in the upper echelons of the Ministries of Grand Besaid. There is also a movement to create a law barring a single political party from possessing the majority of seats on the ministerial council or any ministerial commission in order to prevent partisanism from disrupting the ministries.

The Ministerial Council, which consists of all of the Ministers, the President, and the Vice President, is the body that determines the overall objectives of the ministries. It sets out goals, and allows ministers and ministries to easily work together on projects. The ministerial council is responsible for the establishment of rules governing all of the ministries, and often gives recommendations on courses of action to the National Assembly. However, the Ministerial Council is also heavily responsible and subordinate to the National Assembly.

The current executive cabinet consists of every minister, the Vice President, the Grand Besaidian Ambassador to the United Nations, the Manager of the Executive Budget Office, the Grand Besaidian Trade Representative, and the most senior Arch Bishop or Cardinal in the nation. However, the last position is a mostly honorific one set by precedent more than by law, since clergy of the Catholic Church cannot hold political offices. The members of the cabinet are the official advisors of the President.

The Mission of the Ministry of Defense is to defend the nation of Grand Besaid and all of its citizens and objectives. It is also responsible for all activities relating to the armed forces, the nation's security, and war in general.

The current Minister of Defense is George Carymon of the Besaidian Republican Party.

The current Minister of Foreign Affairs is David Monaray of the Besaidian Christian Party.

The Ministry of the Treasury is responsible for managing the federal finances of Grand Besaid, collecting taxes and duties, paying the bills of the federal government of Grand Besaid, managing federal government accounts, producing coinage and currency, supervising banks and financial institutions, advising the National Assembly on matters dealing with finances and taxation, assisting in the enforcement of federal tax and finance laws, and investigating and prosecuting tax evaders and counterfeiters.

The current Minister of the Treasury is Brenan Olbilan of the Besaidian Christian Party.

Ministry of Commerce and TradeEdit

The Ministry of the Commerce and Trade is responsible for managing interstate commerce, international commerce, collecting and analyzing data relating to the economy and business, supervising foreign trades and custom agencies, handling the patents and trademarks office, regulating copyrights, enforcing and creating industry and business laws and regulations, monitoring systems of weighs and measures, and advising the government on issues dealing with business, commerce, and economics. The Ministry of Commerce and Trade also creates and enforces regulations relating to the aforementioned.

The current Minister of Commerce and Trade is Aaron Schalar of the Besaidian Christian Party.

Ministry of Law and JusticeEdit

Ministry of Science and TechnologyEdit

Ministry of Transportation and InfrastructureEdit

Ministry of Information and CommunicationsEdit

Ministry of Natural Resources and the EnvironmentEdit

Ministry of Urbanization and HousingEdit

Ministry of Immigration and CitizenshipEdit

Ministry of Health and Human ServicesEdit

Ministry of Public Services and WelfareEdit 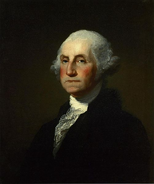 Minister of the Treasury

Minister of Commerce and Trade

Minister of Law and Justice

Minister of Science and Technology

Minister of Transportation and Infrastructure

Minister of Information and Communications 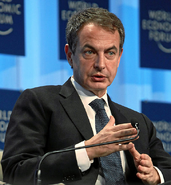 Minister of Natural Resources and the Environment 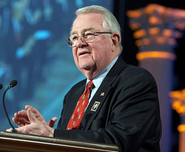 Minister of Urbanization and Housing

Minister of Immigration and Citizenship

Minister of Health and Human Services

Minister of Public Services and Welfare 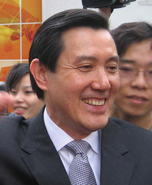 Minister of Family Affairs
Add a photo to this gallery
Retrieved from "https://cybernations.fandom.com/wiki/Ministries_of_Grand_Besaid?oldid=464328"
Community content is available under CC-BY-SA unless otherwise noted.