Krull has been a member of Pacifica in its various forms dating back to 2004. Instead of migrating to the new game called CyberNations in early 2006 Krull elected to stay in NationStates and continued to provide support to Pacifica there. He finally made the migration when his nation Krulltopia was born on April 11, 2009. He immediately applied to NPO and said to blame Moo and Roth aka Mary the Fantabulous for his coming over and that Mary the Fantabulous would vouch for him. Mary approved his application later that day and right afterwords Then-Emperor Moo replied

Little did he know that he joined right before Pacifica's trial of tribulation began.

Krull fought under the Pacifican Standard during War of Armageddon which broke out 9 days after his nation was created. Krull also fought in the DH-NPO War and the Fark-NPO War.

When asked what his future aspirations are in NPO he stated

Most of Krull's influences come from comrades he knew from NationStates who were responsible for his migration over to CyberNations. He said the following comment on who has been the most influential people to him:

Krull joined the Tech Corps early in his career in CN's NPO as a Tech Procurer. His job was just to provide cheap readily accessible Technology for older, more mature nations while at the same time reaping the rewards of being a procurer and allowing his nation to grow faster than it would be possible without participating in tech deals. With having sent an enormous amount of technology he was promoted to the honorary Senior Procurer rank which signifies his dedication to the Tech Corps. When asked to comment on his time in the Tech Corps he replied:

Krull joined the Writing Division of NPO's Media Corps very early in his time in Pacifica, it was the first department he joined. He started out as a Scribe writing and submitting articles for the TPP and PNN Internation as well as holiday and special even related projects. Krull was later promoted to Journalist which is an honorary rank signifying the exceptional work ethic the Scribe has put in to the Writing Division. Due to his amazing work ethic Krull was promoted to Copy Editor. As such he is in charge of the Writing Division and his job therefore is more concerned with the organization of projects and writers and getting new scribes started with writing. 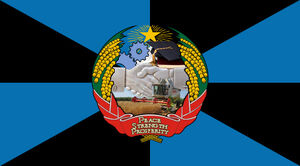 Retrieved from "https://cybernations.fandom.com/wiki/Krulltopia?oldid=499663"
Community content is available under CC-BY-SA unless otherwise noted.