His application was accepted on September 7, 2011 and klutch then attended the Imperial Academy. During his time in the Academy, klutch intently studied the ways of the Order and how to properly manage his nation in times of war and peace.

Upon his full acceptance to the Order klutch sought out those who had guided him in his earliest days: Dany2j, Wentworth, and Xantha. klutch's comrades welcomed him and encouraged him to actively serve the Order. Taking this advice to heart, klutch soon joined the Department of Economic Affairs and the Wiki Division of the Order's Media Corps. 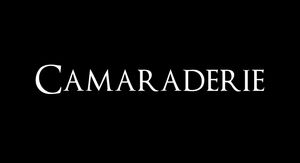 The embraces of welcome and the words of encouragement that came from Dany2j, Wentworth, and Xantha motivated klutch to seek out more of his new comrades. Dan100, King Brandon and Catamount served to further integrate klutch into the fold of the Order.

klutch stands ready to defend his comrades at any time.

On September 14, 2011, klutch was tendered an invitation to join the Freelancer Squad, which he accepted.

Retrieved from "https://cybernations.fandom.com/wiki/Klutch00?oldid=465271"
Community content is available under CC-BY-SA unless otherwise noted.