Rising from its inauspicious beginnings as a metals-mining and port-town near Anchorage, Alaska, Kintokarachi has since grown into a hub of technology, peace and prosperity. It's natural beauty and cosmopolitan cityscape attract businesses and tourists, alike. Kintokarachi is also well-known as a favorite vacation spot for Governor of Alaska, Sarah Palin.

The city's odd name comes directly from a medieval adventurer named "Kintokarachi" who grew to power and prominence as a Wizard in an AberMUD known as PuRgAtOrY. His exploits included journeys through perilous mountains and strange castles. It is believed he retired from his dangerous occupation to the tranquility of Cook Inlet, near which the city sits today.

In honor of its medieval past and multi-cultural present, the capital was aptly-name "Karachi".

Settled in the Dark Ages, the land was found to be rich in Aluminum and Lead deposits, and miners quickly settled there to begin collecting the valuable metals for trade. Early in its existence, Kintokarachi struggled to find nations willing to trade with her, as Lead was detrimental to the economic well-being of small nations. Despite the stigma of Lead - and conversely due to the strong global demand for Aluminum - Kintokarachi grew steadily. The first mayor of the area, Iron Will, boldly organized long-term trade circles for the people so despite the nation's resources limitations, Kintokarachi has never been wanting in terms of favorable imports. 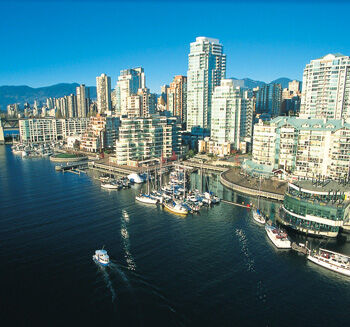 Today, Kintokarachi is a leading nation in terms of size, military strength, and technological advancement. Currently ranked 102nd on Planet Bob, Kintokarachi rated as high as 93rd during a recent military build-up exercise.

In October 2008, the government announced a Universal Health Care System for the populace. Somehow this has been implemented without the expected raise in tax rate.

Historically, Kintokarachi had been a Constitutional Monarchy which contributed to its quick growth and expansion in the region. From its founding, ruler Iron Will governed the land in way to aggressively promote dominance over the region, participating in raids from time to time and acquiring technology from other nations as often as possible. From the country's inception, Kintokarachi was allied under the Mostly Harmless Alliance in the aqua sphere recruited by the world-renowned ruler KingCountyDowny.

After two years of political bickering amongst the populace (which lead to many governmental changes as the people demanded Captialism, Democracy, and many other forms of government) the government built the Karachi Tower forever unifying the nation as a Monarchy and installing Iron Will as High King.

In addition to its raiding early on, Kintokarachi has been involved with numerous global conflicts including the Unjust War as a member of the Mostly Harmless Alliance and in the War of the Coalition against the New Polar Order as a member of the Grämlins. It was during the Polar War that Kintokarachi was attacked with nuclear weapons for the first time in her history. While the newly installed Strategic Defense Initiative successfully knocked down five missles, three strikes did occur on Kintokarachian soil. The nation lost nearly 1,000 infra during the war.

During the Unjust War the nation fought against the cunning ruler silokk of Coxotopia who was aligned with the Goon Order of Neutral Shoving. Through their conflict, mutual respect grew between Iron Will and silokk so that eventually, silokk would join the Mostly Harmless Alliance as well as Argent. The two remain close to this day.

Now, as a leading nation in the alliance of Argent, Kintokarachians hope for an extended time of peace in the years to come.

Kintokarachi sits on the mainland peninsula of Cook Inlet across from Kodiak Island and nearly equidistant from three national parks: Katmai, Kenai, and Lake Clark National Preserves. Breathtaking views of the gulf, mountains, and valleys are all available in the region.

Outdoor sport is a hallmark pastime for Kintokarachians as they enjoy skiing, hunting, fishing and hiking. As with most northern latitudes, the populace enjoys indoor activities as well when the weather becomes too harsh.

Kintokarachi recognizes its place a bastion of strength for the new and relatively small alliance of Argent. As such the government of Kintokarachi recently committed $15,000,000 in aid every ten days to any Argent nations deemed worthy by the Argent Ministry of Internal Affairs.

From a growth standpoint, the nation will most likely curb raw growth, continue to acquire tech (a habit learned so well from the Grämlins) and work to solidify its economic and military installations.

Retrieved from "https://cybernations.fandom.com/wiki/Kintokarachi?oldid=463463"
Community content is available under CC-BY-SA unless otherwise noted.