Kehjistan is a very large and older nation at 281 days old with citizens primarily of Creole ethnicity whose religion is Hinduism. Its technology is advancing rapidly. Its citizens enjoy a wealth of technology within their nation. Its citizens pay extremely high taxes and many despise their government as a result. The citizens of Kehjistan work diligently to produce Oil and Marble as tradable resources for their nation. It is an aggressive country that some say has an itch for war. It believes nuclear weapons are necessary for the security of its people. Plans are on the way within Kehjistan to open new rehabilitation centers across the nation and educate its citizens of the dangers of drug use. Kehjistan allows its citizens to protest their government but uses a strong police force to monitor things and arrest lawbreakers. It has an open border policy, but in order for immigrants to remain in the country they will have to become citizens first. Kehjistan believes in the freedom of speech and feels that it is every citizens right to speak freely about their government. The government gives foreign aid when it can, but looks to take care of its own people first. Kehjistan will not make deals with another country that has a poor history of inhuman treatment of its citizens.

Kehjistan is located in the Indian Ocean, approximately 700 miles west of Australia. The capital city, Kurast, is located where the Argentek River empties into the Twin Seas. As a general rule, the climate throughout is fairly moderate. The exceptions are the Amazon Islands in the north, which are consistently tropical, the Aranoch Desert, towards the center of the island, and the Kae Huron mountains in the south.

31 January: Founding of the Legion 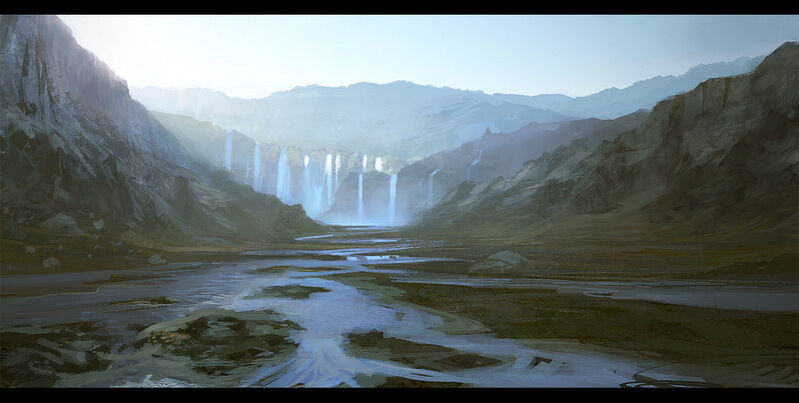 Tekala Falls, where the Argentek River comes down from the Kae Huron, as painted by the famed artist Zhao Zilong.

Retrieved from "https://cybernations.fandom.com/wiki/Kehjistan?oldid=459063"
Community content is available under CC-BY-SA unless otherwise noted.