Junkalunka, currently known as "The coward" in-game, is a respected individual in global affairs, best known for his role as Emperor during the GATO-1V War, as an intellectual and insurgent of Vox Populi, early member and loyal follower of Ivan Moldavi in the New Sith Order, strong advocate of Francoism during his New Pacific Order tenure, and his service as Hand of the King in House Baratheon. Currently, he serves as Emperor and founding Senator of Supernova X. Out of character, he is ethnically part Hawaiian and proudly reps his hometown Waianae Hawaii, from which his original nation Neo Waianae was inspired.

Foundation and the Fifth ColumnEdit 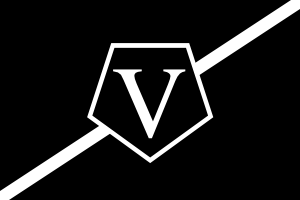 Junkalunka and his nation came into being on March the first of the year 2007. Soon after he joined the Fifth Column Confederation. By August had become Secretary of Membership and was quickly building a powerful nation, but as the alliance was a dead end politically, he eventually left.

The Separatist Confederation was to have no less than seven major nations, however due to nations bailing out the alliance never peaked past five members. Due to help and protectorate status he had received he joined the Imperial Assault Alliance.

Within a month he was Director of Imperial Communications and during the March elections he became Imperial regent (MoFA). He continued to contribute both domestically and diplomatically to the alliance and was a leading Imperial ideologue.

As Imperial Regent he was involved in some notable incidents, including a classified IAA-FCC diplomatic dispute, the acceptance of Starfox101 and other perceived enemies and fugitives of the NPO by the Empire, internal turmoil between several officers during the CIS-FPI War along with external politics of the situation, and a controversial friendship treaty with the now defunct Sons of Muspel. Junkalunka was recognized as one of the more conservative and calculating voices on the Imperial government; likened by some to the fictional Grand Moff Tarkin of Star Wars fame, he was described by close friends as the one who always weighed the political-strategic ramifications of a given situation.

Up until the GATO-1V War Junkalunka had remained fairly invisible on the global stage (with the exception of the CIS-FPI War war), although he was popular within certain alliance circles (i.e. the "IRC clique"). With the onslaught of NPOs declaration of war upon GATO, he and his alliance were suddenly thrust into the world stage.

GATO was declared upon by NPO, and IAA was allied to GATO by a historical bond and MDP treaty. During the week preceding the war, Junkalunka and Imperial govt were notified by GATO of NPOs demands and potential casus belli. IAA and other allies confirmed their willingness to defend GATO should war break out.

The IAA declared war upon the New Pacific Order 24 hrs after the conflict began, with the Declaration of War posted by Junkalunka himself. Immediately following multiple alliances declared war upon IAA. Within a week the previous Emperor resigned and Junkalunka became the last reigning Emperor of the Empire on CN. 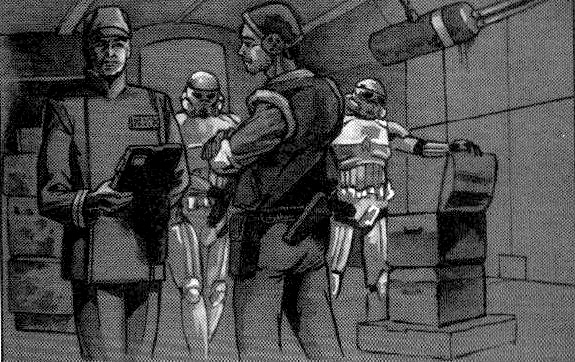 Although IAA was doomed, Emperor Junkalunka did his best to lead his alliance through the turmoil of the war. The last hopes of the empire were dashed when logs of peace mode negotiations between Junkalunka and Mary The Fantabulous were altered, thus giving NPO a pretext for permawar. With the disbandment and military defeat of the Empire, Emperor Junkalunka was placed on permanent ZI by Emperor Revenge of Pacifica himself. 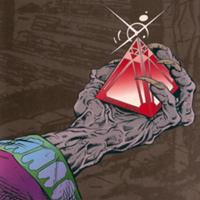 Knowing his nation was doomed, he forged a pact with the Dark Side, and in a ritual absorbed the life force of his entire nation and many others in IAA, gaining immortality and great power in the process; when his true form was revealed he took the appearance of a ghost or wraith. With the power he gained, he transcended material reality and could possess new identities from which to wage his agenda. 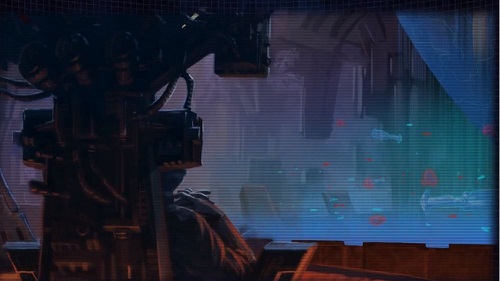 From a small surviving Imperial Warship deep in space, Emperor Junkalunka has cast his shadow as the following rerolls:

Solidus Snake emerged for a brief time as an NPO applicant. When questioned, he revealed that he was in fact Junkalunka resurrected . Following this his application was summarily rejected and Solidus Snake was subsequently placed on perma ZI, confirming the status of Eternal Zero Infrastructure. His intentions are still disputed by scholars to this day.

Mobius 1 is by far the most famous of his rerolls, gaining as much recognition as Junkalunka.

What began as an attempt to join the alliance FCC anonymously eventually saw him become a key member of the infamous revolutionary organization Vox Populi. One mans troll is another's intellectual, and Mobius 1 became one of the most famous and respected OWF posters of his time, providing an ideological clarity some say is only equaled by Vladimir.

His primary efforts involved reinterpreting Francoism to be a fundamentally revolutionary, liberty based ideology contrary to what the New Pacific Order stood for. This began in earnest with the publication of his primary work Global Despotism: Francoism in Decay, which received criticism and acclaim across CN. As he described in his essay:

Francoist principles are appealing to many nations, but not all; some nations have differing definitions and realizations of self interests. This is an important area in which Vladimir's The Meaning of Freedom fails to expand upon. In fact, many nations view the state of nature, or an alliance as near as possible to the state of nature, as representative of their self-interest, despite the resulting limitations on national potential.

Hence, it is ultimately in the self-interest of every nation to choose it's own destiny, whether it be the the heights of civilization or the barbarism of absolute freedom... or somewhere in-between. To deny this is to show a regrettable misunderstanding of human nature.

Utilizing the title of Francoism for his works, however, earned him some unpopularity amongst some members of Vox, who viewed Francoism as inherently alien to the goals and ideals of the revolution. It was ultimately a clash between neo-moralists like starfox and intellectual-realists like Mobius 1, however the former won out over the latter. With the consolidation of Vox Populi into a traditional alliance, and with treaties being formed with FAN and other alliances, he began to become opposed to what Vox had become and eventually resigned (under pressure, some claim).

In his farewell address Revolutions are always Verbose, he criticized Vox for leaving what he deemed to be the original goals and ideals of the revolution behind.

in 2013, Starfox101 revealed that the original Vox Populi Senate elections were fraudulent and that Junkalunka should have won a position as senator.

Count da Silva was Junkalunka's next identity; in early 2009 he joined NATO and contributed towards world discussion, generally opposing Vox Populi and supporting Francoism. It became clear that NPO was no longer enforcing EZI sentence. He later was the fifth nation to join Ivan Moldavi's alliance New Sith Order.

Count da Silva departed NATO immediately following Ivan's return to CN. He admired Moldavi's strong leadership and was the fifth nation to join the NSO. He established the Bureau of Internal Security, a secular, Imperial-style organization serving two purposes: regulating the in-game alliance affiliation, and also acting as a secret police force to counter those who would act against Ivan's interests. However, as Ivan went inactive, so did he, and as new Sith Lords rose to power it is presumed the loyalist-dominant bureau was dismantled or absorbed.

After more than a year M.I.A., Junkalunka returned once more as Unko Kalaikz and was accepted into the New Pacific Order in September 2010. He strongly supported the leadership of Emperor Cortath and endorsed Francoism, coining the term Dark Age in reference to the post Karma War world. He was a proud member of Pacifica then and a seasoned veteran and analyst of global affairs before again fading into inactivity.

After a three year absence, Junkalunka once again rerolled, now bearing the name of Tywin Lannister. He served for a time as Hand of the King in House Baratheon, and served as a key coalition leader [citation severely lacking] during the Disorder War.

As Tywin Lannister, Junkalunka formed the Revolutionary Order Party, an independent political group which advocates stability with Order characteristics on the global scale.

The forums are currently used to host the Little Red Book of Francoism, a compilation of writings by several Francoist authors.

After leaving House Baratheon, Junkalunka started a news service designed to cover the Disorder War. Below are some of the critical articles published:

Got snx rolled for running his mouth

Vladimir and Cortath both played a significant role in inspiring Junkalunka ideologically, dating back even when he opposed the Order. Ivan Moldavi, Electron Sponge, and AlmightyGrub are three of his all-time favorite alliance leaders. Gvchamp, ThatFALGuy, Ironchef, ChefJoe and TrotskysRevenge have become OOC friends of his.

Retrieved from "https://cybernations.fandom.com/wiki/Junkalunka?oldid=522374"
Community content is available under CC-BY-SA unless otherwise noted.