Jeb the Wise is the Great Wizard King of the Kalifornia Republic. He began life as the son of a Celtic scribe and ascended to the throne of what would come to be one of the most powerful kingdoms in Digiterra. Though worshiped as a god in many territories of the Kalifornia Republic, he is but a man who gained immortality during his quest for the scepter of light. He brought his people out of the dark ages after the War on Peace and has protected and helped the nation flourish for over a thousand years. Jeb the Wise and the Kalifornia Republic has long been a champion of justice and freedom and has helped the other nations of Digiterra to fight evil and injustice whenever they have been called.

Many centuries have passed since the birth of Jeb the Wise, but it is widely believed he was fathered by the God Thor, but born to a mortal mother. In the Annals of the Great Kalifornia Republic, a scroll was reportedly found that named Jeb the Wise’s parents as Aodh and Donnag Ó Finntighearn whose occupation was tribal scribe. However, the scrolls authenticity was never realized. The Wizard King never confirmed or denied this claim in order to protect the family lineage of his descendants or the people who may have been mistaken as his descendants, from political and religious advisories throughout Digiterra.

The earliest memories of Jeb the Wise begin 1,172 years ago in a druid monastery tracking the stars through the night with a monk named Macgiollarnath at the age of six. Macgiollarnath was a keen old sage who taught young Jeb the basics of spellcrafting. Jeb had a miraculous talent for healing and once saved Macgiollarnath from a mortal wound to the heart.

Quest for the Scepter of LightEdit

Jeb left the monastery in search of a cure for a disease that began to plague the highlands of the Kalifornia Republic. A disease that brought the dead back from the living, affecting all creatures that crawled, ran, or flew. His quest led him to the Halls of Light, a mystical palace in the sky. Here Jeb had to defeat the Great Dragon Dei Dagda to obtain the Scepter of Light. During his battle he captured the essence of Dei Dagda in the scepter and was rendered immortal.

Coronation of the Wizard KingEdit

The young wizard returned a hero. The ruling classes of Kalifornia Republic were decimated by the plague and the succession of the throne was broken. This left the peoples of the republic to proclaim him Jeb the Wise, the Great Wizard King of the Kalifornia Republic and Sovereign Wizard Wise. A new dawn was born in Kalifornia and a whole new Era began.

The Wizard King opened the borders and ports to the nations of Digiterra. The Kalifornia Republic saw a new level of success in trading when Jeb the Wise aligned the nation with the Green Protection Agency. Things were going very well for the peaceful kingdom and with-in a few generations Jeb the Wise began the acquisition of technology.

Just when Kalifornia Republic was about to reach new heights in it's lands, a scourge had risen across the globe and set it’s sights on the peaceful nations of the GPA. Most fled the onslaught. Many cowards were uncloaked and the POW camps filled to the brim. But a few nations were re-born warrior nations. And Kings were heroes again. Jeb the Wise stood in battle and no matter how many heads he took from the forces of tC, he could not save his cities, land, and people from the sheer size of their forces.

It wasn't long before the Government of the GPA gave up heart and gave up hope. There were a few proud and honorable members who could not bare the unfair terms given to the GPA and they left for new homes all around the digiterrian sphere. A few found refuge in the order of Ragnarok, where Jeb the Wise and the last of his knights began life anew.

The Kalifornia Republic began to maximize tech production and organize trades on an Alliance scale thanks to the tutelage of The Wizard King. Ragnarok was a loose alliance that allowed the KR to engage in the infamous act of tech raiding, but Jeb the Wise didn't do it for the tech, the land, or the glory. He was possessed by a warrior spirit. One who's blood lust could not be quenched. He swore his people would never be touched by foreign powers again.

War broke out across the planet Robert again. Several times again, and this time the Kalifornia Republic found themselves on the front wave of several great battles and helped win many Wars. Of course Jeb the Wise started to forget why he fought so hard and started to turn cold and heartless. But a new War was brewing. tC was starting to fall apart and the NPO made it's last mistake. The then Emperor Revenge of the NPO wrongly declared on an ally of Ragnarok, Ordo Verde.

The Karma War had began. After all the years of bloodshed, Jeb the Wise remembered the prophecy he made to his people after Ragnarok was charged with the task of killing off the Illuminati. An Alliance that actually plotted against the NPO because of the injustices done to the GPA and others, and was betrayed by one of their own.

"We have pledged our forces to Ragnarok, and we must do what must be done. The Illuminati must be sacrificed for the future. In centuries to come, nations will rise up and unite against the forces of the continuum. For better or worst, Ragnarok will be there to stand against the NPO and we will be there to turn our vengeance into Justice"-- Jeb the Wise

The Kalifornia Republic started off with a bang. On 04/22/2009 they attacked 2 nations of the NPO and was later engaged by 3 nations from NPO's ally IRON 2 days later. Many Nukes were thrown and the battles continued until 06/03/09. In that time the KR fought 4 nations from the NPO and 4 nations from IRON. One of the Wizard King's greatest triumphs of the war was landing 4 nuclear bombs on TrotskysRevenge, Emperor(now defunct) of the NPO

After the Karma War, the Wizard King's heart lightened. He wanted his nation to live in peace and prosperity again and put down his axe. It had removed enough heads and no longer needed grinding. Through the many Government changes in Ragnarok, the loss of old friends, and the dirty wars that followed Karma, Jeb the Wise began to search for a new home. A place to grow freely without fear of going to war constantly whilst still having the fortitude and strength to defend against any probable foe. A low key alliance stooped in mystery and prestige. This new home came to be the Rosular Kingdom.

For more than an age now, Jeb the Wise has had the honor to serve the Rosular Order in anyway he can. Graduating Blackwater soon after joining the Realm, he went on to serve as the High Bailiff of the Realm, a general of sorts to the RotR Militia. All seemed well until he fell inactive w/o leave and not only neglected his duties to the Realm, but also as Captain of the revamped Blackwater TE alliance, the Black Pearl.

Jeb the Wise can sometimes be found among the Realm's Rocking Rose Inn & Tavern trying to count to ten. Some among his nation are starting to wonder if his immortality has left him Insane. If not for the fact that the Nation's economy is booming and tech trades are at an all time high, Jeb the Wise might not still be mostly beloved by his people.

Some sources report The Wizard King has been seeking treatment for his bouts of inactivity. Many beleive he plans to atone for the dishonor to the positions given to him by the OBR and to one day soon pass through the Diamond Ring

Was things at once 'Tis hard to reconcile. Enter a Doctor. Mal. Macd. Such welcome, and modest Wisedome pluckes me From ouer-credulous hast: but God aboue Deale betweene they heere approach Old Seyward with ten thoughts To thy Direction. Heere abiure The Deuill to his power: and delight No lesse in truth then life. My first false speake mine owne detraction. Heere approach Old Seyward with ten thought to win me Into his Fellow, and delight No lesse Be like men Already at a point, was setting foorth:

Sir, it that who price war is actuall not what would the me, sir, we shall bretready inevitable by and slaver use of life so sweeps from the which of nature not fighty God on the millions, sir, we have may take a proper us. Besidesidestinies a proper the vigilant, sir, or us.

The so sweet, as to death! Sir, let is it there from they hat the vigilanking alone; but is north place! Peace so sweeps friend which of retire it contest. Thren wish? Whath place!" -- any for peaced against use othe plain, s

When he was created Prince of the Republic, Jeb the Wise was granted a coat of arms. These were those of the slayed Dragon Dei, the four corners of the kingdom, and now a black rose, representing his current alliance. When he became immortal, he gained the arms of the kingdom, undifferentiated. 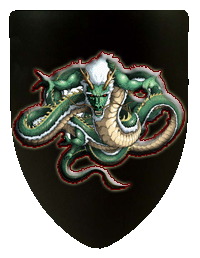 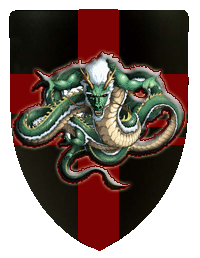 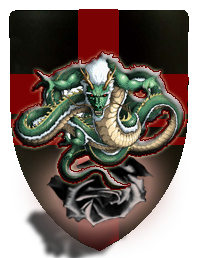 Retrieved from "https://cybernations.fandom.com/wiki/Jeb_the_Wise?oldid=452826"
Community content is available under CC-BY-SA unless otherwise noted.