The Invicta Crownlands are the heartland and capital territory of Invicta, one of the oldest and most storied alliances on Planet Bob. Formerly known as the Triune Republic, it comprises all of that nation's former territories, as well as those of its erstwhile neighbors, New Dawnland, Kansouri, Spoontonia, and Sonata Vaticana. It stretches from the Vale of the Dawn all the way to the Atlas Hills, and is widely considered the most beautiful country in all Invicta, itself an alliance well known for its beauty. The Crownlands, as they are most commonly known, are the seat and personal domain of Jorost.

Jorost is the Lord Protector of Invicta, a Red team senator, the host of the Jorost & Friends podcast, and a being of immense cosmic power.

Jorost is one of the oldest members of Invicta, joining the alliance on 25 September 2007. He has served in government since the alliance's early days under Dawny and DoubleU. By 2008, he was widely considered to be one of the two or three most powerful members of the alliance, and on January 19, 2009 he became the fourth President of Invicta.

Jorost quickly enacted sweeping changes to Invicta's government, eliminating the last vestiges of democracy and making the alliance an absolute dictatorship. Contrary to weak-willed American expectations, these moves were greeted with enthusiasm by the Invictae, a people with a fine appreciation for authority run amok.

A cult of personality quickly developed around Jorost, often encouraged by the man himself, who relished being the center of attention. His leadership style tended to vacillate between periods of quiet passivity and bursts of sudden, manic activity, and has been described by at least one close advisor as "psychotic."

A hands-off leader, Jorost delegated most details of day-to-day management to his senior staff, usually a Prime Minister or Chief of Staff. As a result, an informal system of "dictatorship by consensus" developed, in which policy was usually developed by the senior leadership collectively in group discussions, whose decisions would ultimately be ratified by Jorost. Everyone involved agreed that this was much better than leaving Jorost to his own devices.

On 9 April 2010 Jorost changed his title to Lord Protector and the office of President was dissolved (See Regnum Invictorum Controversy.

In January of 2011 Jorost retired from affairs of government. He retained the title of Lord Protector and continued as Invicta's formal Head of State, but handed management of the alliance's affairs to a pair of Co-Presidents (see President of Invicta). Since then he has continued to weigh in on matters of state, acts as a goodwill ambassador, spokesman for the alliance, and occasional Big Brother.

Jorost is the Lord of the Invictae, Protector of the Realm, and Guardian of the Faith, usually shortened to simply "Lord Protector." He is the Head of State and Paramount Ruler of Invicta, although in practice (and by choice) he acts almost purely as a ceremonial figurehead. While Jorost remains, theoretically, the highest authority Invicta, he maintains virtually no involvement in day-to-day affairs, save for the occasional vanity project, and cedes this authority to the President of Invicta. In other words, don't ask him anything. And no, he can't help you get your cousin into the alliance.

Jorost can frequently be found stirring up trouble and overseeing the nonsense on Invicta's public forum.

On 20 November 2012 Jorost was elected Senator from the Red Trading Sphere, largely thanks to the support of the New Pacific Order. Although he often acts on the behest of Invicta's Government, Jorost does not consider himself "Invicta's Senator," and strives to serve the interests of the Red team as a whole. As such he maintains good relations with all the major Red alliances, regardless of their relationship to Invicta. This position has won him the trust of Red voters, and allowed him to maintain the senatorial lifestyle to which he has grown accustomed.

IF THIS IS A SENATORIAL EMERGENCY PLEASE CONTACT JOROST HERE.

In the summer of 2012 Jorost hosted an online, live-streaming podcast called Jorost & Friends. Based loosely on a talk-show format, each show featured guests, music, and pre-recorded comedy sketches produced by Jorost and the rest of the show's cast and crew, notably King Biscuit, President Gunn, Chax, Liz, and Phate. In all there were seven original episodes and a "Best Of" retrospective, all of which are archived HERE.

The show became well known within its small community of listeners, especially for the pre-recorded sketches, examples of which can be heard below: 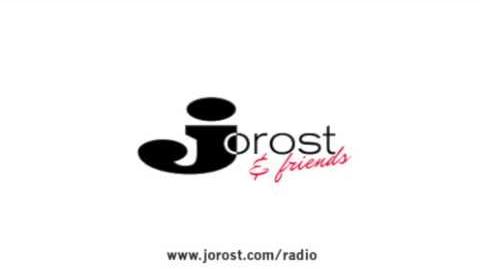 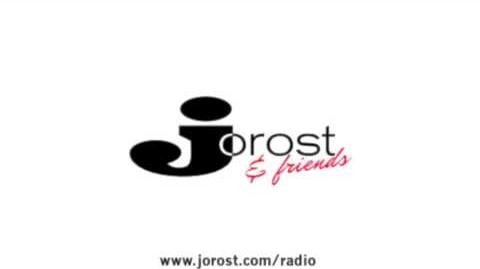 After several false starts, there are tentative but hopeful plans to revive the show in the summer of 2014.

Retrieved from "https://cybernations.fandom.com/wiki/Invicta_Crownlands?oldid=495835"
Community content is available under CC-BY-SA unless otherwise noted.