The Republic of Henripolis was founded as an independent city-state in the Great War period. A consistently active nation, it served in various minor roles in Legion and later, the Tyberian Covenant. Henripolis reached its greatest notoriety during its membership with Blackwater. Eventually, after another brief stint as an unaligned nation, Henripolis joined the New Pacific Order in the fall of 2010. After a year in service to Pacifica, Henripolis deleted, after an existence of 1649 days. 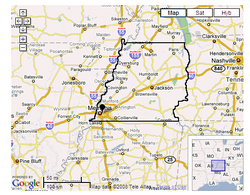 The extent of Henripolis' borders has changed tremendously over the course of many conflicts, but is widely considered to have legitimate claim to all lands between the west fork of the Tennessee River and the Mississippi.

Henry has a mixture of old Legion, Pacifican, individualist, and pragmatic viewpoints. He considers anyone who has played as long as he has to be a raging hypocrite. A strong voice in the need to disband tiny alliances, he champions the cause of the little guy. In short, he is weird.

The Pre Pacifica Date (pPD) and Post Pacifica Date (PPD) systems were adopted in 2011 as the official way to measure time. It is based off the number of days before and after initial membership in the New Pacific Order.

Henry spent the first several months of the game as an independent nation. Before eventually joining Legion, he launched several successful raids on other unaligned nations. These were the first and only tech raids he has launched and he is now firmly strongly against tech raiding and its various derivatives.

He joined the Legion on March 13, 2007, 1257 pPD, shortly before Great War Three. Despite his nation's small size, at around 2,000 NS, he engaged eight nations from the Grand Global Alliance and Federation of Armed Nations. Coordinating with two other Legion members, Blitzkrieg and DarkDemon1, Henripolis won a good percentage of the battles, but became overextended by the end of the conflict. Henripolis was ZI'd for the first time over the course of the war, but by the Legion-Valhalla War, Henripolis' strength had increased ten-fold. Henripolis escaped major damage in what became known as the Dove War.

Disappointed with the lack of leadership on the part of Legion's gov, Henry left Legion for a brief stint in the Byzantine Empire, which turned out to be an even worse situation. As soon as the Unjust War broke out, Henripolis returned to the Legion to fight 2 \m/ nations and 1 Valhallan.

Henry was also involved in the last war of the "old" Legion, the Legion-Crimson Blades War, exchanging several humorous messages with the CB leader.

During the events of Purplegate, Henry decided to remain behind despite the urgings of several Legion government officials. Henry contributed to large parts of the new Legion charter and paid 39 million in reps to the NPO. He was generally unhappy with the resulting charter and government selections and decided to leave Legion for the final time on January 24, 2008 (940 pPD).

Henry was approached by a number of alliances, but was intrigued by the Tyberion Covenant's merit-based philosophy. Unfortunately, due to RL, Henry was not able to contribute much to the Covenant. The only notable event was his brief participation in the GATO-1V War. In early July 2008, TTC collapsed due to inactivity.

Upon joining Blackwater, Henry immediately began a successful career as a recruiter and brought in several new members. Selected as a Platoon LT, Henry commanded a series of aggressive independent tournament edition operations that drew both the ire and admiration of several OBR officials. The TE exercises grew in size until eventually the whole of OBR, RotR, and BW became involved.

Henry also was noteworthy in the Karma War, commanding the Realm's largest NS Company and winning the only Crusader's Shield ever awarded to a non-OBR member. His OBR citation reads as follows:

The Karma War also was the historical peak of Henripolis' infrastructure and tech, 8.5k and 2.5k respectively. Eventually, Henry was selected to be Blackwater's Field Commander in Standard Edition and held his post for nearly a year. Henry left Blackwater in the spring of 2010, shortly after sending a private resignation of his positions.

Henry became Bushido's acting Shogun, or military leader, in the buildup to the BiPolar War. Although Bushido eventually ended up not being involved, he set up new warchest standards, guides, and wartime coordination with other alliances. Unfortunately, several Bushido members decided to go rogue when they quit the game and chose as their targets Bushido government officials. In effect, it was a civil war and roughly 25% of Bushido's NS, the bulk of the larger members, and the warchests ended up on the rebels' side. The war lasted months and Henripolis reached ZI again in the fighting. Near the end of the war, Henry had to take a leave of absence from active CN. Bushido quietly disbanded later.

The Red Raiding Safari and the various wars against TPF were the cause for Henry joining the NPO. He engaged in 25 wars during the DH-NPO War. His nation and 700 million dollar warchest were effectively destroyed during the war. Henripolis started with 4k infra and 2k tech. By the end, it had fallen to 500 infra (only by repeatedly buying up to 1000 infra) and less than 100 tech. The nation took somewhere in the vicinity of 75 nukes over the course of the heavy fighting, but launched even more of them, perhaps over 100.

Approximately a month after the war, the nation deleted due to inactivity, ending an over 1600 day existence. Henry made a brief appearance with another nation in the Aesir alliance in late 2011, but ultimately the game had become tedious for him and not worth the time needed to be a productive player, resulting in another inactivity deletion. He still keeps in touch with a few elements of the CN community.

Retrieved from "https://cybernations.fandom.com/wiki/Henripolis?oldid=490942"
Community content is available under CC-BY-SA unless otherwise noted.