Verbrecher is a growing, moderately developed, and historic nation at 1,062 days old with citizens primarily of German ethnicity whose religion is Christianity. Its technology is advancing rapidly. Its citizens enjoy a wealth of technology within their nation. Its citizens pay extremely high taxes and many despise their government as a result. The citizens of Verbrecher work diligently to produce Sugar and Cattle as tradable resources for their nation. It is an aggressive country that some say has an itch for war. It believes nuclear weapons are necessary for the security of its people. Plans are on the way within Verbrecher to open new rehabilitation centers across the nation and educate its citizens of the dangers of drug use. Verbrecher allows its citizens to protest their government but uses a strong police force to monitor things and arrest lawbreakers. It has an open border policy, but in order for immigrants to remain in the country they will have to become citizens first. Free speech is considered taboo in Verbrecher. The government gives foreign aid when it can, but looks to take care of its own people first. Verbrecher will not make deals with another country that has a history of inhuman treatment of its citizens.

Gumpper applied to the New Pacific Order on December 14, 2010, and formally joined the Order on December 29. He joined looking for an active alliance that held a strong community bond and demonstrated high standards.

Within the NPO, Gumpper has found several people who exemplify the traits he values. Iceknave has greatly influenced his career in the Order, by being willing to put up with any questions Gumpper had, as well as supporting him even while everyone was struggling with the war. He also admires Farrin and Monty for never letting anyone give up. Two of Gumpper’s closest friends in the Order are Caius Alexandrian and Madd, who have helped him get through the game, even when he was getting hammered on by others.

Gumpper does not have any aspirations to lead the alliance or become high command, his only goal is to take on any position that can help out the NPO.

After Doomhouse War the Pacifican's economy was in shambles. Hundreds of people who were buying tech were now needing to sell just in order to get of bill lock. Hundreds of nations had no warchest left and it was only through the support of the Banks that the ball was going to begin rolling again. With such a time of turmoil the Imperial Officer of Economic Affairs Jasmine put out a call to all members seeking people who were interested in auditing. Gumpper answered the call and began his work in economics. Because of his innovation and interest in developing new systems Gumpper was promoted to Director by Economic Executive Zeta Defender on April 5. After serving as a Director for 6 months Avatar3619 was forced to resign and Gumpper replaced him as the Department head of the Department of Economic Affairs.

Gumpper worked to move the department in a new direction, working under the belief that a quality management system would ensure economic prosperity. Between Gumpper and Brucemna, the other Economic Executive, the Department of Economic Affairs soared to new heights boasting a average 85% slot efficiency for more than a month. On July 2, 2013 Emperor Farrin promoted Gumpper to the Imperial Officer of Economic Affairs.

After distinguishing himself in several departments, Gumpper was asked to join the Academy of the New Pacific Order as an instructor. The Academy serves to ensure that all recruits that make it into the NPO are suitable for the alliance, and further that they are well educated on the responsibilities of being a Pacifican and the mechanics of CN. As a Professor, Gumpper's job was to help new recruits understand Pacifican culture and Cybernations in general. Gumpper greatly enjoyed his work in the academy, though Military Command was head long into multiple projects which forced Gumpper to condense his responsibilities. 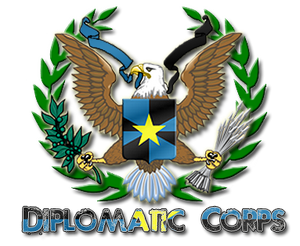 Gumpper joined the Diplomatic Corps of the New Pacific Order as a Fourth Diplomat to help out the Order as best he could, during the Bogeyman War. As a Fourth Diplomat, he was responsible for establishing communications with foreign alliances and helping to spread Pacifican culture across Planet Bob. Gumpper was promoted to the position of First Diplomat and was also responsible for helping his Special Envoy with diplomatic tasks. On July 22, 2011, Gumpper was appointed Diplomatic Special Envoy by Imperial Officer for Foreign Affairs and Diplomacy Farrin. After serving as a Diplomatic Special Envoy for almost a year, Gumpper Retired from Diplo due to some real life Health issues. 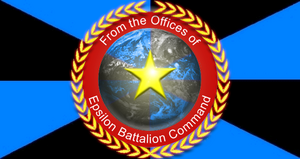 Military Command are the people who organize the NPO's war and military efforts, leading NPO Battalions into war, and preparing its defenses against any threat that rises. Battalion NCOs and Lieutenants are soldier's first point of contact within the military when a situation arises. Lieutenants and NCOs are there for a reason - to lead and help members. Above the Lieutenants and NCOs sit the Colonels, and one step above them is the General of the Pacific Army, he last step in the chain of command (named "High Command") before the Imperial Officers of Military Affairs.

Gumpper considered it an honor and a privilege to serve Pacifica as a member of MilCom. He was invited to join MilCom on July 25, 2011, as the NCO for Zeta Battalion. As such it was his duty to assist Lt Teeters running the battalion. Gumpper was promoted to Lieutenant of Epsilon Battalion on August 30, 2011. After some time Gumpper was moved over to Gamma Battalion command so his expertise in the lower middle tier could be put to good use. As the equilibrium war Came to a close Gumpper resigned his post to focus his attention on the Pacifican Economy

Gumpper joined the Recruiting Corps, along with the Diplomatic Corps and New Pacific Order when he was ZIed during the Bogeyman War and wished to further help Pacifica. As a Recruiter, constantly strives to get new people to join the Order, which he considers the best alliance in Cybernations. Gumpper maintained his position as a backup recruiter, when New nations flooded in, and supported the Recruiter Corps for some time. He Resigned late in February 2013 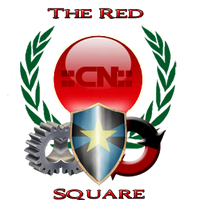 Red Services was the second division that Gumpper joined, because he wanted to be able to help people find trades. As a trade specialist, Gumpper helps people create and maintain trade agreements, optimizing their nations' economies and military prowess.

Necoho offered Gumpper a position in the Praetorian Guard of the New Pacific Order after he demonstrated dedication to and ability in the department. As a Praetorian, Gumpper helped to protect the Pacifican way of life from all enemies foreign and domestic. Gumpper spent over a year serving the guard but retired in order to focus his attention on pressing matters within the Department of Economic Affairs

Gumpper also joined the Graphics Division of the New Pacific Order during the Bogeyman war, in the hopes of being able to further help Pacifica. As an Artifex Pacificae, he creates images for both the NPO and foreign alliances. Images he has created range from signatures to graphics for announcements, among other things.

Gumpper participated in the Bogeyman War, in which he fought 25 nations, as well as the Grudge War. Since then he has fought in numerous other wars. He has, at the time of this writing, fought more than 64 individual nations for the New Pacific Order

Gumpper is currently Deputy Squad Leader of the Alpha Fury squad, formed in the beginning of June 2011. He serves with fellow squadmates Ryan Christopher, Degree, Ragnar and squad leader Madd

Retrieved from "https://cybernations.fandom.com/wiki/Gumpper?oldid=517995"
Community content is available under CC-BY-SA unless otherwise noted.