The Grand Union of Alliances for Rapport and Defense (GUARD) was an outwardly neutral power bloc that was second only to the World Unity Treaty during its existence (until possibly the inception of The Unjust Path). The departure of all of its signatories except the North Atlantic Defense Coalition in August 2007 (see Breakup of GUARD) left it effectively disbanded.

1) All signatory alliances will remain sovereign in principle and in operation.
2) Should threats of military action be received by an undersigning alliance, the other signatories are required to show their support to the victim signatory. All signatories are trusted to show respect by addressing their transgressions with other signatories in private.
3) GUARD is independent of implication from any other treaty signed individually by any of the signatories.
4) No signatory is permitted to sign any mutual-defense or offense pact outside of GUARD. This applies to such pacts established prior to the signing of GUARD, and they must be summarily cancelled. This does not apply to protectorates (of which one is allowed), and pacts of nonaggression, friendship, or optional-assistance.

1) No nation from any of the undersigned alliances may declare war or enter hostilities with a member of another signatory.
2) If a signatory nation attacks another, the victim shall not retaliate; instead, the victim should immediately notify their alliance of what has happened.
3) After this, the victim nation's alliance should contact the offending nation’s alliance via private diplomatic channels within 72 hours so that reparations may be decided.
4) If the aggressor nation fails to pay reparations, they shall immediately be punished in any way seen fit by the offending nation’s alliance leaders.
5) If the 72nd hour after notification is reached, and no action has been taken by the offending alliance, this will be considered justifiable grounds for withdrawal from GUARD by the victim if they so choose, or for holding a vote to eject the offending alliance from GUARD.
6) No signatory shall commit acts of espionage against any other signatory. If there is indisputable evidence pointing to this fact, it is considered justifiable grounds for the offending alliance to be voted out of GUARD if they do not apologize and deal with those responsible.
7) Should there be indisputable evidence that a member of any of the signatories verbally provoked another alliance or nation to purposely lead to war, the other parties of this agreement does not need to honor the agreement
8) All signatories acknowledge and agree that no aid (financial, military, or otherwise) shall be given to alliances or nations engaged in warfare with any other signatory.
9) In such a situation, if aid is given, it will be considered justifiable grounds for the victim signatory (the signatory engaged in warfare with the aided enemy) to withdraw from GUARD.

1) Any signatory may present a vote to the body of GUARD alliances on whether or not a joint war-declaration is to be made at any time. This declaration would entail that every* signatory participate in the chosen action (that which receives an 80% majority vote) in the name of GUARD.
Obviously, not all signatories will be required to participate if there is a consensus that the threat can be easily handled without them.
2) The vote would be required to last for at least 24 hours. Any less, and any signatories who were unable to conclude voting will not be obligated to participate. As stated, an 80% majority of all alliances will be required for the offensive action to be taken by GUARD as a whole.
3) Any signatory who declares war against another alliance outside of GUARD absolves it and its other signatories of any resulting implication.

1) Any GUARD signatory has the right to choose to withdraw from this pact with the express will of their respective decision-making body. The withdrawing signatory must give all other signatories 24-hour advanced notification of their intentions. If there is a specific concern, it is encouraged that all signatories work together to try and correct the problem.
2) Any signatory alliance may call a vote to eject another signatory from this pact provided they have met one of the requirements laid out in previous articles of this pact which would justify an ejection.
3) If an ejection vote is called, the respective decision-making bodies of each alliance (with the exception of the offending signatory) will vote on the issue. An 80% majority of signatories is required, and the vote must last for 24 hours.
4) Should an alliance withdraw or be ejected from GUARD, a 24-hour period of nonaggression is to occur between signatories of GUARD and the withdrawing/ejected alliance.

This article establishes the ability for additional Legislation to be proposed as amendments to the original GUARD document. These amendments would not be included in the main document itself, but rather as individual subsidiary documents that operate under GUARDs authority to be presented following the main document and exercised by all signatories. Legislation may be created to further cooperation or to define extra features within the pact.
1) Additional legislation may be proposed or changed by any of the signatories, but require a 2/3 majority vote to come into effect.
2) All GUARD-related votes will be conducted as follows: Each alliance will vote among their respective decision-making bodies, adhering to their own respective charters. Once that process concludes, they shall present their decision to GUARD. This decision, yes or no, will count as a single ballot in the vote.
3) Changes to GUARD itself require an 80% majority. All other required majorities are specified in their own articles, and 2/3 shall be accepted as the default majority if it is not explicitly stated anywhere in GUARD or its Legislation.
4) Legislation may not contradict the original GUARD treaty. 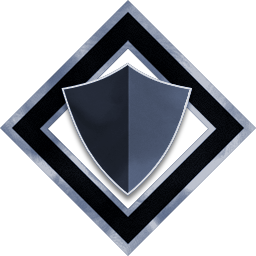 Signed as at entrance to GUARDEdit


MoFA;
Capt. Tabor
The United Sovereign Nations withdrew from the Grand Union of Alliances for Rapport and Defense on August 28, 2007

GUARD was formed as an alternative to the MDP web and the tangled mess of alliances that arguably led to the expansion of Great War II. On January 11, GUARD officially declared themselves neutral in Great War II.
GUARD Declares Neutrality

In late August, Sparta, the ASC, CSN, USN, and TTK all left GUARD. Sparta quickly signed an MDP with NpO, while ASC signed one with GATO.

CSN cited that "GUARD no longer stands for the principles it preaches in its very treaty." That was the furthest elaboration that any GUARD signatory had provided until the TTK withdraw stated "We have decided that GUARD's lack of activity, relative stagnant behavior, lack of brothership between signatories, and the restraints placed on signatories regarding treaties with non-signatories have made our membership non-beneficial." 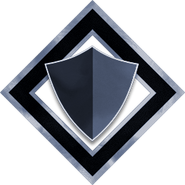 Retrieved from "https://cybernations.fandom.com/wiki/Grand_Union_of_Alliances_for_Rapport_and_Defense?oldid=461990"
Community content is available under CC-BY-SA unless otherwise noted.