Fel Lot secedes from the game. Nation no longer exists. This article is now a history lesson of an old forgotten country.

Had to add the Extended Display

Fel Lot is a somewhat older nation with citizens primarily of Scandinavian ethnicity whose religion seems to change on a monthly basis. Its technology is first rate and its citizens marvel at the astonishing advancements within their nation. Its citizens pay extremely high taxes and many despise their government as a result. The citizens of Fel Lot work diligently to produce Lead and Iron as tradable resources for their nation. It is an aggressive country that some say has an itch for war. It believes nuclear weapons are necessary for the security of its people. The military of Fel Lot has been positioned at all border crossings and is arresting all drug traffickers. Fel Lot allows its citizens to protest their government but uses a strong police force to monitor things and arrest lawbreakers. It's borders are closed to all forms of immigration. Fel Lot believes in the freedom of speech and feels that it is every citizens right to speak freely about their government. The government gives foreign aid when it can, but looks to take care of its own people first. Fel Lot will not make deals with another country that has a poor history of inhuman treatment of its citizens. 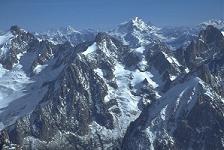 (Mouse over icon for reasons.)

The aurora is a bright glow observed in the night sky. For this reason some scientists call it a "Polar Aurora" (or "Aurora Polaris"). In the southern latitudes That Fel Lot resides, it is known as the Aurora Australis. Which is named after the Roman goddess of the dawn, Aurora, and the Greek name for south wind. It is more commonly called among the Fellers as the "Southern Lights".

There was a program attempting to harness the power of the Aurora Polaris. But it, ultimately, failed.

They are said to bring good luck the coming day.

All times are listed in military terms by CyberNations game time. (CST)

1900: The nation of Dictionary ruled by Paintreliever [4] led an attack upon the weaker nation of Ohadorama [5].

2000: Metnik sends message to Paintreliever questioning the reason of war.

1100: Message sent to Paintreliever. "If you offer peace, I'll kindly accept it."

2040: Metnik Declines Peace. "War shall continue if he thinks he can get away with attacks before offering peace."

2040: 2 Cruise Missiles and 2 Bombing runs sent by Metnik onto Dictionary.

Metnik Declares Peace "No point in wasting money on him any longer."

War Declared on the Nation of Dictionary ruled by Paintreliever. [6]

Metnik PM's Dagoneto [9] requesting he declare peace on the Nations he is tech raiding.

"Someone" has removed information about Dagoneto on this Wiki. Vandalism reset to normal.

No information at this time.

Retrieved from "https://cybernations.fandom.com/wiki/Fel_Lot?oldid=445004"
Community content is available under CC-BY-SA unless otherwise noted.