The Federal Republic of Europa is a safe, economically stunning nation. It is relatively young (40 days as of March 16, 2006), but had skyrocketing economic growth for the past 20 days. Currently ruled by Mars05, it is a member of GATO and the Global Red Cross. It is known for its very advanced military station, DS1

Europa's official language is German, which also makes up the largest Ethnic Group. However, Europa vehemently denies accusations of racism or intolerance, comments which are often brought up in light of Europa's closed-border immigration policy.

The nation has become the subject of extremely controversial speeches by other nations, after it announced recent plans to pursue nuclear weapons technology. Citizens, however, remain happy to live in Europa - even after the nation faced a short, one-day assault by a jealous neighbor.

Europa has a somewhat young history, being only 40 days old (as of March 16, 2006). However, European thoughts and traditions date back before the founding of the nation, back when Ethnic Germans first began recording thoughts and events on paper.

The concept of a unified Europe has often been in the mouthes of great thinkers. Krabshlak van Nikolaya, a DDR philosopher once said "A unified, communist Europe is the signal of the great Communist Revolution". Ten days later, the Federal Republic of Europa was founded. The first flag was that of traditional Germany: Black, Red, Gold stripes.

The government worked quickly to pass various social reforms, including free healthcare, a complete redistribution of wealth, and open immigration. Though population happiness was high at first, a slow economic growth, coupled with minimal technical advancements, quickly caused the Communist Spirit to drop.

10 days after the original founding of the nation of Europa, citizens joined in the first-ever elections to establish a new Democratic, Capitalist Government, under the rule of Mars05. The Mars05 Administration quickly closed all borders, allowing only controlled immigration. Furthermore, he worked to trade with other nations, acquiring Uranium, which was extremely necessary for the creation of Nuclear Power Plants.

Though his plan met with some leftist resistance, the huge investments in Infrastructure (over 100 Infrastructure purchased in 20 days!) propelled economic growth to new heights. Europa quickly broke the 1,000 Citizen mark, even after facing the onslaught of an aggressive neighbor.

After becoming a member of GATO, Europa established the Global Red Cross. Its Headquarters were constructed by volunteer students of Europa's Architecture University. 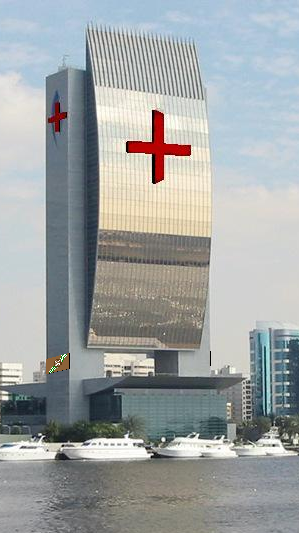 Europa has an ethnic majority of Germans, followed closely by French and British individuals. The Mars05 Government has been trying to maintain a 1:10 ratio of Military to Citizens.

On the 10th of March, 2006, at approximately 8:45pm, the sovereign and peaceful nation of Europa fell victim to a brutal (and unprovoked) attack by the nation of Latvaria, led by the dictator VictorVanDoom. Europa, not expecting a war on their land, quickly had their entire defensive and economical system crippled: One of two Guard-Tanks, positioned on Europa Hill, was quickly destroyed by a cruise missile bombing, launched by the terrorist state of Latvaria.

Paratroopers followed, meeting almost no resistance. As the first wave of Latvarian Terror-Squads razed through Europa's barracks, 78 soldiers were shot while sleeping. Military on guard were only able to eliminate 9 enemy soldiers. An hour later, the second wave of Latvarians ambushed major military stations. However, this attack was quickly repelled as the remaining European forces rallied to defend their nation. With help from the remaining Guard-Tank, as well as all woken soldiers, the Nation of Europa was able to destroy 3 enemy tanks, and kill 66 enemy soldiers.

Realizing the fact that they had chosen a too strong opponent to deal with, the Latvarian Dictatorship drew back their forces and called for a cease-fire. This cease-fire was agreed on by Mars05.

The aftermath was deadly: Mars05 suffered a huge drop in approvement-ratings and was publicly loathed. The average income of all individuals sunk to less than 20 Euros per day, and as riots burned across the Houses of Government, population happiness decreased bitterly.

Seeking help, the nation of Europa, following the request of Mars05, applied for membership with the Global Alliance and Treaty Organization (GATO). Having been approved, and with military having quelled most of the riots, things looked upwards. After major investments in the reconstruction of Infrastructure, economic boom followed upon economic boom.

Today, Europa is as bright as ever, though memories of the Night of Terror remain.

Europa is renowned for its unorthodox geographic situation. Located in the mountainous terrain of the European Alps, Europa is a true city-nation: Large investments by the Mars05 Administration in the field of Infrastructure and Technology have enabled Europa to convert 70% of its habitable, ground-level terrain, to an urban stronghold. 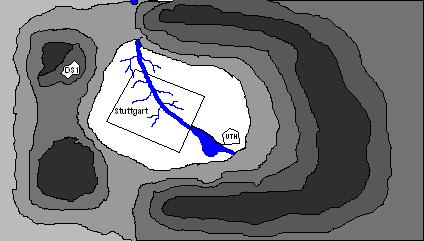 Europa is an arctic/tundra country. As such, except for trained personnel, only sea-level terrain is habitable. 90% of the population lives and works in Stuttgart, Europa's largest city. Stuttgart is a planned city, constructed under communist rule. Due to the totalarian history of Europa, large social divides remain: All working citizens, not employed by the state, live in Stuttgart, whereas politicians and leaders reside in Untertuerkheim, the nation's capital.

Both cities are connected by an automatic transport system (short: .ats), privatized under the Mars05 administration. Both draw water from Europa's only body of water, the Neckar River. South of Untertuerkheim (abbr. UTH), is the Baerensee, a popular vacation destination. Considered a natural spectacle, the Neckar flows through a mile-long natural tunnel that criss-crosses the mountainous European Alps.

The mountains surrounding the cities of UTH and Stuttgart generally serve as a decorative treat and have been the subject of many artistic compilations, as well as the destination of mountain-lovers and winter-snow tourists.

DS1, the Defense Station 1, constructed under the Mars05 administration, is the technologically-advanced stronghold of Europa. Boasting a view over all of Europa, and situated on an extremely high altitude, DS1 oversees all security measures in Europa. It also doubles as the Europa Weather Research Unit (EWRU), often battling winds of over 100 miles per hour, and chilling -40 degrees Celsius.

Retrieved from "https://cybernations.fandom.com/wiki/Europa_(nation)?oldid=443005"
Community content is available under CC-BY-SA unless otherwise noted.