I We live vicariously, through ourselves[]

The undersigned alliances remain sovereign in peace and friendship.

II We once had an awkward moment, just to see how it feels[]

The member alliances state that they will not declare war upon any other member of Dos Equis. In the event of an awkward moment, the aggressor will offer peace immediately and pay no less than 150% of the damages caused by any attacks.

III We're lovers, not fighters, but we're also fighters, so don't get any ideas[]

IV Our reputation is expanding faster than the universe[]

V If we were to mail a letter without postage, it would still get there[]

This treaty may be amended by a unanimous vote of the signatory alliances.

VI Sharks have a week dedicated to us[]

The signatories of this bloc recognize that wars are complicated, and in an effort to make conflicts that much simpler for us, all signatories reserve the right to do whatever is necessary to advance the interests and security of Dos Equis in time of war. Whether the signatories go about any of the following actions is entirely up to the ruling government and/or voting membership of the applicable alliance. Nobody will be asked to do anything they don't want to do, but if they do want to do it, they are certainly allowed to. Such aforementioned rights include the following:

VII It's Never too early to start beefing up your obituary[]

If a signatory wishes to pack up his beers and go home, they must give the other signatories 72 hours notice before doing so.

R&R withdrew from Dos Equis [When?]

Sparta withdrew from XX after the Doom War ended in February 2015.

While it is true that (a) certain member/s of XX have been banned from entering Canadian territory due to various and repeated incidents involving alcohol, Québécois working women, and/or fleeing from the Canadian Border Patrol, XX and the Canadian government have mutually agreed that: 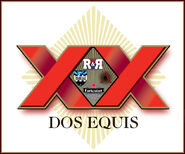 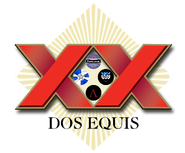