Donut THX 1138 was member of the New Pacific Order, holding high ranking positions in several offices including Colonel of the Pacific Army, and Centurion of the Praetorian Guard.

Donut THX 1138 first made his CyberNation in July 2006. Joining because the NPO is the most powerful alliance there is and a desire to become one of its leaders on July 13, 2007.

Since his arrival, Donut has held many jobs. Among these are: 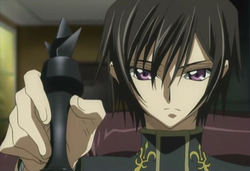 This fine specimen of the Pacifican tradition of work ethic is currently:

His best input into these jobs not only his overwhelming commitment to the Order (as well as activity on IRC), but his leadership abilities. These are the main reasons for why he has held so many posts as of now. Another reason was his unparalleled ability to lead others in the Order.

He is completely faithful and loyal to the New Pacific Order. In his own words, this member will, “be here until the walls come crashing down, then I'll still probably be here slowly stacking bricks again.”

Retrieved from "https://cybernations.fandom.com/wiki/Donut_THX_1138?oldid=465210"
Community content is available under CC-BY-SA unless otherwise noted.