The Democratic Party of Disparu (DPD, French: Parti démocratique du Disparu, PDD) was a political party in Disparu. Its official ideology was social democracy, however it was actually more centrist compared to other social democratic parties. The party was founded by Lance Pikachurin, and was last led by Spencer Fowl.

Under Pikachurin's leadership, the party won a majority of votes in the 2009 elections and formed the government. During this time, the party helped develop Disparu's internal and external affairs. It also launched political reforms aimed at what it believed was a flawed political system.

After Pikachurin's rise to the Throne, he was replaced by Spencer Fowl, who was the Legislative Triumvir at that time. Under Fowl, the party launched major reforms of the electoral system. In the ensuing election, the party lost popular support (and nearly all of its seats in Parliament); this was mostly blamed on Fowl's ineffective leadership and lack of appeal, as well as the party's shady tactics during the election.

Following the fall of Disparu, the party's members, most feeling that the party lacked relevance in the political field, voted to dissolve the party. The party's politically active members split; some joined the Centrist Coalition Party, and others joined the Social Democratic Party.

Prior to its dissolution, the DPD held 19 seats in the Commons, and one seat in the Executive Council. 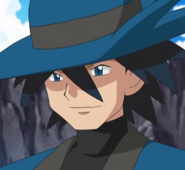 Lance Pikachurin, founder and first leader of the DPD 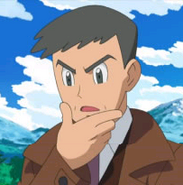 Spencer Fowl, second leader of the DPD
Add a photo to this gallery
Retrieved from "https://cybernations.fandom.com/wiki/Democratic_Party_of_Disparu?oldid=477847"
Community content is available under CC-BY-SA unless otherwise noted.