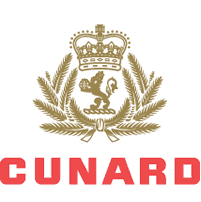 The Cunard Royal Cruise Line, also called the Cunard Line, is the major cruise line in New Arundel. The Line was founded in 1838 and reorganized in 2007 by King Michel I of New Arundel.

All ships with the prefix, RS, are privately owned by the Royal Family.

There is also another ship in this fleet:

Retrieved from "https://cybernations.fandom.com/wiki/Cunard_Line?oldid=515444"
Community content is available under CC-BY-SA unless otherwise noted.