The Crayola Accords is a Peace, Intelligence, and Aid Treaty between The Order of Halsa and Through Yggdrasil's Roots. The treaty was announced on the 2nd of June 2009. We decided to make this treaty after both alliances realised Legendoftheskies' super-awesome magic crayon skills. The treaty is announced on the forums, here 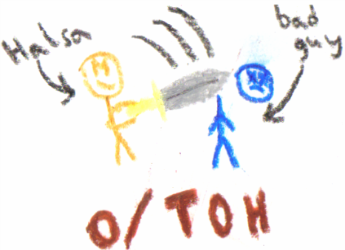 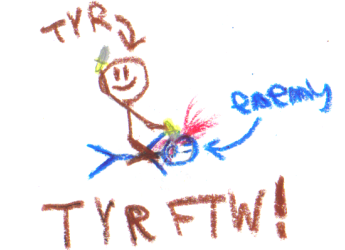 In recognition of the fact that both alliances have the two most badass warflags the CN world has ever seen (that Legend can work wonders with a crayon), Through Yggdrasil's Roots and The Order of Halsa have agreed to enter into the following pacty of friendship in order to ensure peace, intelligence, aid, and the security of each other's coloring utensils.

Both signatories agree to respect each other as sovereign entities. As such, neither signatory will infringe on the other's right to use their crayons to express themselves in anyway they choose and to use whichever colors they like. ...Unlike my pre-school teacher who told me to color the pear yellow and then yelled at me when I colored it green instead. Heartless bitch...

PEARS ARE SUPPOSED TO BE GREEN

A. The two signatory alliances agree that neither their crayons nor their war flags shall ever clash with one another. Should a nation of one of the undersigned alliances come along and mess up one of the other signatory's drawings or step on their crayons, said nation will be ordered to cease their destructive action within 24 hours and then pay reparations equal to both the physical and emotional damage sustained by the victim.

B. Should the aggressor refuse make nice within the given amount of time, said nation will be declared a rogue and be dealt with by having a frog dropped down his trousers or whatever punishment is deemed suitable, and the alliance to whom the aggressor belonged shall be responsible for paying reparations to the broken-hearted victim.

A. Should a signatory alliance come upon information that relates to a direct threat against the other, a leak in their security, or a possible copyright infringement of their warflag, they shall be required to alert the other signatory immediately.

B. Furthermore, neither alliance shall conduct any form of espionage against the other nor conspire to steal their crayons for their own nefarious purposes (such as drawing a mean picture depicting the other signatory's leader with an absurdly large head).

A. Should one of the signatory's find all their crayons broken, the other signatory is encouraged, though not required, to supply the them a box of fresh crayons (preferably neon colors).

B. In the event that a bully comes along and breaks all the crayons of one of the undersigned alliances, the other signatory is again encouraged, but again not required, to not only supply them a box of fresh crayons, but to also slap a "Kick Me" sign on the bully's back.

If, for some reason, a signatory should wish to withdraw from such a fantastic treaty, they shall be required to give notice 48 hours beforehand. The merging or dissolution of one of the signatory's shall immediately render the treaty null and void. 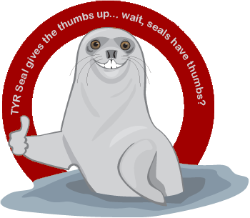 Retrieved from "https://cybernations.fandom.com/wiki/Crayola_Accords?oldid=466891"
Community content is available under CC-BY-SA unless otherwise noted.