This article is about the constitution of the first Jamahiriya, and should not be confused with the Charter of the second Jamahiriya.

The Constitution of the Jamahiriya, also known as the Charter of the Jamahiriya, was the basic and supreme law of the Pink sphere Islamo-socialist alliance the Jamahiriya for the existence of that alliance. It was the highest administrative document of the alliance, and overrode any and all contradictory legislation, agreements, or treaties. First promulgated upon the alliance's founding in August 2008, it was severely amended in October of that year and rewritten entirely in July 2009.

Text of the Constitution Edit

The Jamahiriya is an organization founded on the values of Islamic Socialism, popular and direct democracy, and sovereign autonomy of its membership working together as a community of people and nations. The Jamahiriya operates with the inspiration and guidance of Shari'ah, considering the Qur'an, the Hadith, and the consensus of the Ummah; taken together in cooperation with the bases of Islamic Socialism established by great twentieth century philosophers including Muammar al-Gadaffi and Dr. Ali Shariati.

The Jamahiriya, as an organization, strives for the inclusion within its ranks of all Muslim people, regardless of ideology. No restriction shall be placed on admission to the Jamahiriya based solely on faith or ideology.

The Government of the Jamahiriya is established within a democratic structure and encompassing three divisions; namely, the Islamic Consultative Assembly, the Ministries, and the Triumvirate, as described herein.

The Jamahiriya shall have as its civil flag a horizontal tricolor of red, white, and green, with the hoist two-thirds the length of the fly.

The civil flag, as described in Paragraph 1, is attached to this Constitution as Appendix I.

The Jamahiriya shall have as its state, triumvirate, and war flag a horizontal tricolor of red, white, and green, with the hoist two-thirds the length of the fly. The fly shall be divided into three sections of equal width, with the name of the organization, black in color and in the Arabic language, occupying the outer two sections vertically centered to the hoist. On the center section, vertically centered to the hoist and horizontally centered to the fly, and black in color, shall be a charge depicting the motto of the Jamahiriya, as described herein, in the Arabic language and in a circular arrangement, whose height shall surpass that of the white band of the flag and extend one-sixth of the height of each of the red and green bands.

The state, triumvirate, and war flag, as described in Paragraph 3, is attached to this Constitution as Appendix II.

The motto of the Jamahiriya shall be "There is no God but Allah and Muhammad (SAW) is his Messenger."

The Islamic Consultative Assembly shall function in a continuous session. Every member of the Islamic Consultative Assembly shall have the ability to propose and vote on legislation, amendment of this Constitution, offensive wars, treaties or agreements with other entities, motions of no confidence in a Triumvir or Minister, and motions for expulsion from the Jamahiriya of any member.

Legislative proposals, proposals regarding treaties or agreements with other entities, and votes of no confidence in a Triumvir or Minister shall be considered to have received the assent of the Islamic Consultative Assembly when a simple majority of all votes cast are in the affirmative.

For the purposes of Paragraph 1, a simple majority shall be defined to be one-half plus one.

Proposals for amendment of this Constitution, offensive wars, and the expulsion from the Jamahiriya of any member shall be considered to have received the assent of the Islamic Consultative Assembly when a supermajority of all votes cast are in the affirmative.

For the purposes of Paragraph 1, a supermajority shall be defined to be two-thirds plus one.

All votes within the Islamic Consultative Assembly shall be open for seventy-two hours or until it becomes a mathematical impossibility for the proposal to fail.

Despite Paragraph 1, in extraordinary circumstances and with the approval of the entire Triumvirate, votes may be shortened to twenty-four hours.

The political leader and representative of socialism within the Jamahiriya shall assume the title of Brotherly Leader and Guide of the Revolution.

The religious leader, representative of Islam and vanguard of Shari'ah, shall assume the title of Supreme Leader.

The popular leader and representative of the Islamic Consultative Assembly to the Triumvirate shall assume the title of President.

The members of the Triumvirate shall collectively represent the Jamahiriya to other entities, serving as its Heads of State.

All motions having received the assent of the Islamic Consultative Assembly shall require the approval of, at minimum, two members of the Triumvirate to become law.

There shall be established five autonomous Ministries, as described herein, which shall collectively serve, alongside the Triumvirate, as part of the executive of the Government of the Jamahiriya. Each Ministry shall consist of as many offices and divisions as is necessary to facilitate its existence, members of which shall be appointed in a manner determined by this Constitution or by each respective Minister, who shall be appointed through free and fair elections, as described herein.

There shall be established a Foreign Ministry of the Jamahiriya, responsible for establishing embassies and friendly relations with other entities. The Foreign Minister can appoint official Jamahiriya Diplomats to serve under him.

There shall be established an Immigration Ministry of the Jamahiriya, responsible for facilitating the recruitment, welcoming, and inclusion of new members to the organization.

There shall be established a Ministry for Jihad of the Sword, the leader of which shall assume the title of Chief Mujahid, responsible for the organization of the Jaish al-Mahdi, the military of the Jamahiriya. The Ministry shall determine strategy, including the assignment of targets, during wartime, and shall write instructional war guides. The Chief Mujahid shall appoint as many as three Major Generals who will organize Divisions of the Jaish al-Mahdi.

There shall be established a Ministry for the Propagation of Virtue and the Prevention of Vice, the leader of which shall assume the title of Chief Muttawa. The Ministry shall comprise the Mutaween, which shall henceforth be responsible for the mentoring of new members, censoring haram material, reporting espionage, subversive activity, impersonation of a Jamahiriya member, and general member inactivity to the Islamic Consultative Assembly.

The privilege of joining the ranks of the Mutaween shall only be given to those who receive the endorsement of at least two members of the Triumvirate and the approval of the Chief Muttawa.

Elections for positions within the Triumvirate and the Ministries shall occur four times annually, once beginning on the anniversary of the foundation of the Jamahiriya and in three month intervals thereafter.

Nominations for elections shall begin seventy-two hours before the beginning of elections and shall remain open until two hours prior to the commencement thereof.

Should, after the first or second round of elections, it be seen to be an impossibility for any candidate to win a majority of votes, the position shall remain vacant until the next scheduled election or until such time as two members of the Triumvirate determine a by-election should be held.

Every member of the Islamic Consultative Assembly can nominate himself or any other member to be a Minister or Triumvir.

No person shall hold multiple positions in the Triumvirate. 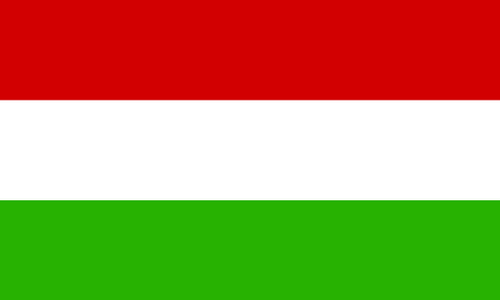 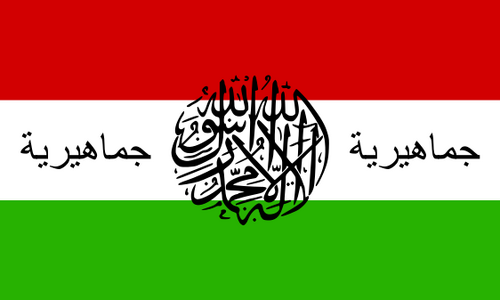 Retrieved from "https://cybernations.fandom.com/wiki/Constitution_of_the_Jamahiriya?oldid=452003"
Community content is available under CC-BY-SA unless otherwise noted.