The Constitution was designed to use language as simply and concisely as possible, while fully expressing the intent of its articles. There is no official length limit, but it should be kept shorter than two pages' worth of text on a word processor.

The Constitution has most recently been amended on June 26, 2013 to accommodate the changes made to the alliance system.

Text of the Constitution[edit | edit source]

We, revolutionary leftists of the Cyberverse, in the spirit of unity and solidarity, establish the International. In order to ensure our common defense and development, encourage thoughtful discussion, cultivate camaraderie, and gain popular acceptance of our worldview as legitimate, we agree to live under the following Constitution and the following civil and martial flags:

All members will act in accordance with policies once they are enacted, in a manner that does not bring ill repute upon themselves, the International, or its allies.

Non-members may not view the International's internal workings without Congress' approval.

All decisions are made openly and collectively, to the greatest extent possible.

Members must make every effort to move to Orange team. The International is an Orange alliance.

Members must participate in the Red Guard and in all applicable Treasury programs, and will not attack other members unless those members are supporting unlawful action against this Constitution.

Members may only unilaterally attack nations that are not Orange and are part of an alliance with fewer than ten members, and waive all rights to assistance by engaging in such attacks.

Members will not engage in offsite espionage against any other alliance.

Members will not unilaterally violate contracts held by the International with other alliances.

Members will respect the Red Guard chain of command and will execute any and all lawful orders.

Those who do not agree with its basic goals and rules will not be admitted to the International, and members who violate them may find their memberships forfeit.

Members of The International may and should:

Votes are to be expressed in a post in the following format in case of votes on measures: Aye: - Nay: - where in order to have voted one must take a position; and in polls in case of elections.

The Congress may decide by a majority greater than fifty percent to:

The Congress may decide by a majority greater than sixty-seven percent to:

All Congress resolutions related to the Cybernations community at large shall be stamped with the following Seal of the Congress to indicate their origin and authority: 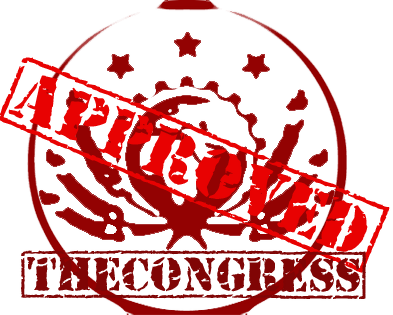 The Founder is a member whose mandate it is to administrate the alliance affiliation "The International".

The Founder must ensure that admissions and expulsions of members, and transfers of power between Central Committees, are conducted smoothly and speedily, in accordance with the wishes of Congress and the Central Committee.

These mandates expire on the last day of every fourth month. Eight days before mandates expire, Delegates may nominate during a period of ninety-six hours one or more candidates to stand in ninety-six hour elections. Should no candidate attain a simple majority, a forty-eight-hour runoff between the two most popular will be held. There are no term limits.

All Commissars and Secretaries have an obligation to ensure the quality and user-friendliness of the boards, to mask forum users appropriately, and to perform any needed administration tasks.

Retrieved from "https://cybernations.fandom.com/wiki/Constitution_of_the_International?oldid=485209"
Community content is available under CC-BY-SA unless otherwise noted.