The Communist Party of Disparu (CPD, French: Parti communiste du Disparu) was a political party in Disparu. The party was the Official Opposition in the Commons of Disparu, prior to the legislature's dissolution following the fall of Disparu. The party also formed the provincial government of Almia, a non-extant province of Disparu. It was founded and led by Francis Roy.

Its ideology of rational Communism was developed by former Canadian Chairman Lynneth Sarkara, and was the state ideology of communist Canada prior to its dissolution. It was originally a Marxist-Leninist party, but it reformed into a rational Communist one during the 2010 federal elections.

Despite being designated as a right-wing party in terms of its positions on social issues, the Communist Party was, in fact, very progressive with its social policies (for instance, it supported same-sex marriage and copyright reform). However, the party took a hard line approach in more political issues such as media censorship; hence the reason for its designation.

In the ensuing weeks after the fall of Disparu, party members were accused of starting riots in Jubilife immediately after the nation's dissolution was announced. Despite their denial, the lack of solid evidence, and a later government inquiry revealing that the party was not connected to the riots, the controversy forced the party's central committee to disband the party. The Communist Party would later be used as a scapegoat by the United States of JBR during its occupation of Disparu, in an attempt to discredit Disparuean efforts to re-establish the country as a sovereign entity.

Most of its politically-active members went on to join the Social Democratic Party. 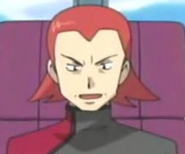 Francis Roy, founder and former leader of the CPD 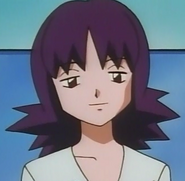 Isabelle Auberjonois, former member of the CPD and current Minister of Science and Technology
Add a photo to this gallery
Retrieved from "https://cybernations.fandom.com/wiki/Communist_Party_of_Disparu?oldid=477846"
Community content is available under CC-BY-SA unless otherwise noted.